Summer holidays will be upon us soon and that also means the last HKMC kit for the kit club year. It runs from September to June (missing out July and August) and we're finishing it off with a bang. I've been eying this kit and loved working with it. 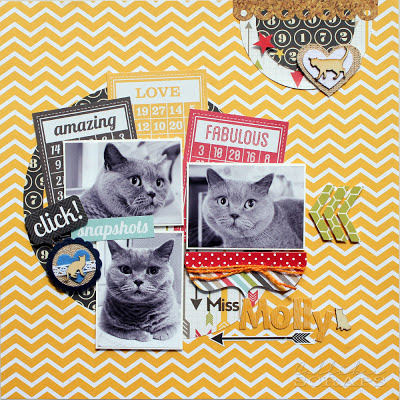 This is the first layout I've done of my new furbaby. She is such a sweetheart and has become my little shadow. Here, I turned the photos to black/white as the backgrounds were too distracting. I think it makes her stand out even more against the layout. Don't you love the yellow chevron? 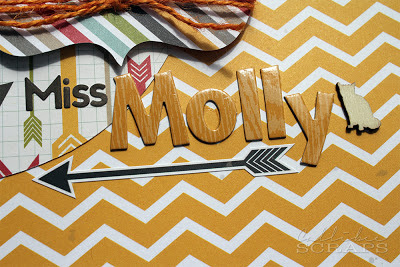 The wood look alphas go so well with the papers. I mixed it with the Jillibean Alphabeans from the April kit. 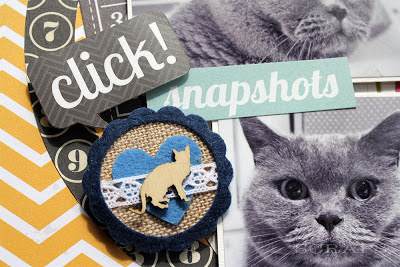 I added some wood veneer cats that I'd bought to do a cat layout and I think they go really well with the burlap/felt hearts. 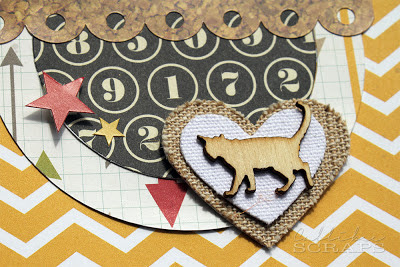 More kitty cat wood veneers and and extra half circle accent to balance off the page. 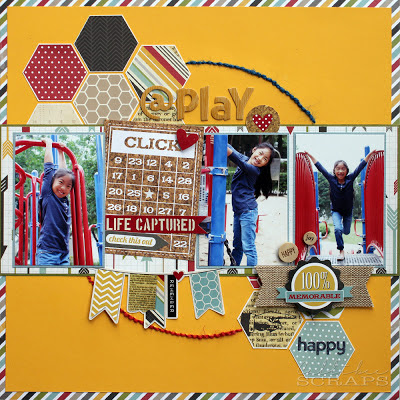 Hexagons are still a big hit and the colours on these ones go well with my blue/red photos. I used plain yellow cardstock for the background so not to clutter the layout with too many patterns. 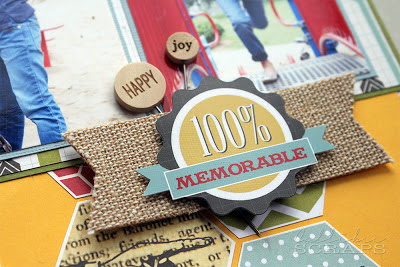 I tore off the original burlap badge on the burlap ribbon and added one of the stickers instead. I also stuck the wood pins into the foam pop dot underneath to secure. 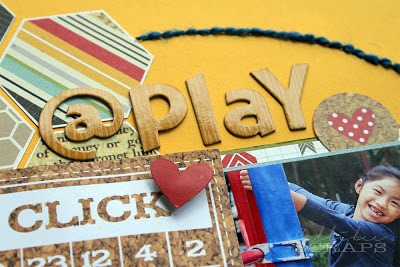 A stitched circle with the twine gives a playful vibe and balances out the hexagons. 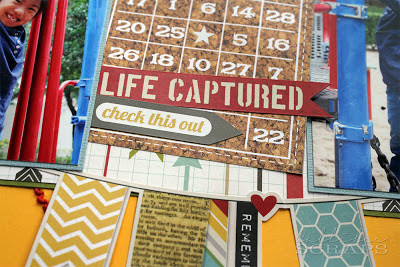 Love the banner stickers. So easy to use and so versatile. 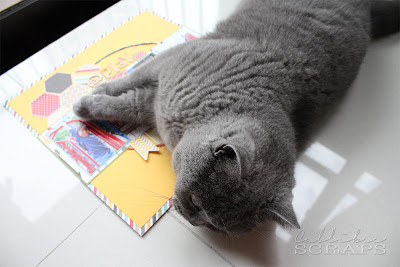 Off! Miss Molly. Within two seconds of me laying the page on the floor to photograph, and she's already on it. See? My shadow. 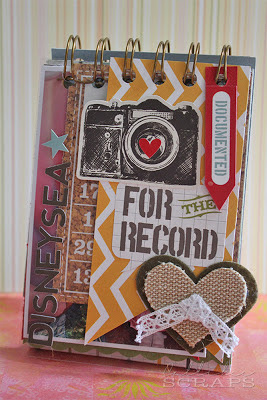 I recently (finally) got myself on the Cinch bandwagon and this is my first project with it. A 4" x 5" stand up album. This was inspired by one of the ideas given by Heidi Swapp, using a used cereal box for the core. I cut it down to the size I wanted and covered it with kit papers. 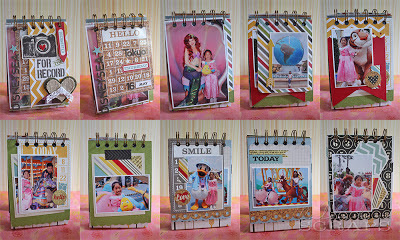 I then cut out extra pages from the kit papers and matching cardstock to make my flip album. I topped it with a clear acrylic page, where I placed the title and again with a yellow chevron banner piece to finish it off.

Here are some of the layouts from the rest of the team. Amazing work from everyone.
Reunion by Angela Collingwood 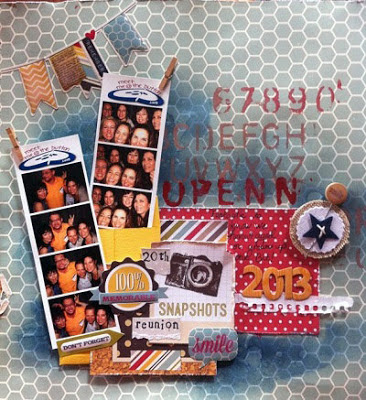 Blue... It's the New Pink by Angela McDaniel 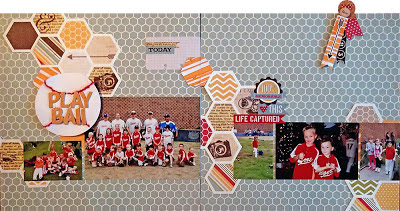 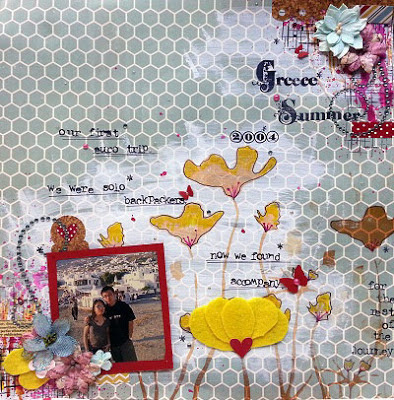 Love This Boy by Erika Lui 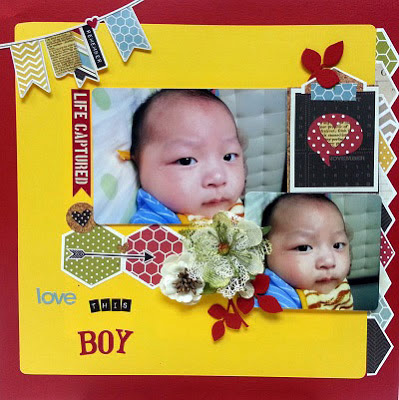