I spent a few days early this month in Sydney with hubby. We were able to meet up with most of our Sydney friends and get some down time. I had a couple of days to just browse vintage stores and old bookshops; something I've been dying to do for a while but hadn't found the time for. We also don't have a lot of them in Hong Kong, so it was a real treat.

We flew back on Monday; hubby's birthday and were rewarded with an upgrade to business class. Yay! Hubby travels so much, that he gets upgraded more often than not, but not usually when I'm travelling with him, so that was a nice treat for me. We arrived back in the afternoon and went out for dinner with friends to celebrate hubby's birthday.

We also just celebrated Miss C's 8th birthday. Goodness. Eight. It's no wonder I scrapbook. I know I can't stop time and it's the best way to review the time that has gone by. I think we've started a new tradition, as we went for afternoon tea at the same place as last year and then ended up at her favourite sushi restaurant. This was on Friday and on Saturday, we had a party at ours. Miss C wanted a Furby party, which of course means Furby art time, Furby games, Furby get together (we had everyone bring theirs) and last but not least, a Furby cake. I can hear you saying, wow, what can be worse than having a house full of noisy Furbys? I actually find them funny and adorable even if they wake you up in the middle of the night because the cat brushes against them and it was fascinating watching them chatter to one another and dance to the music during the party. 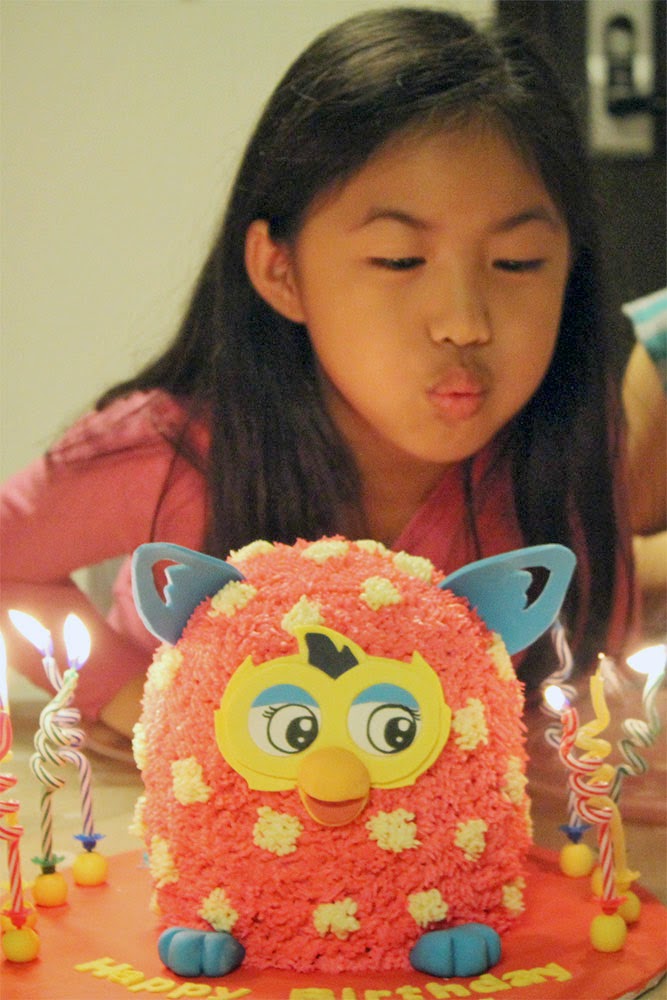 Miss C blowing out her candles. 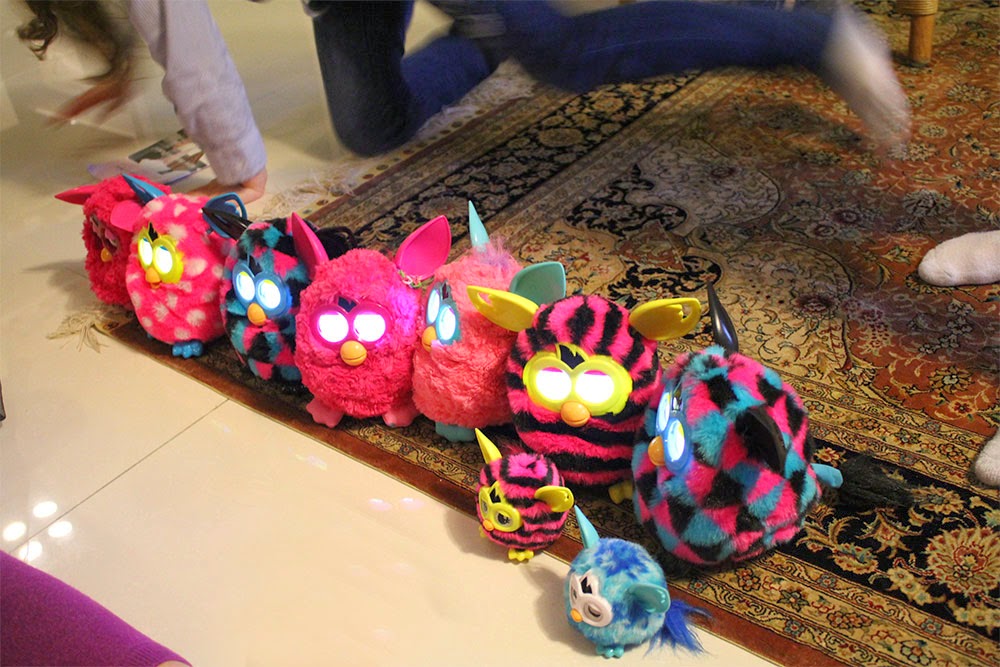 Furbys all in a row, singing and dancing. 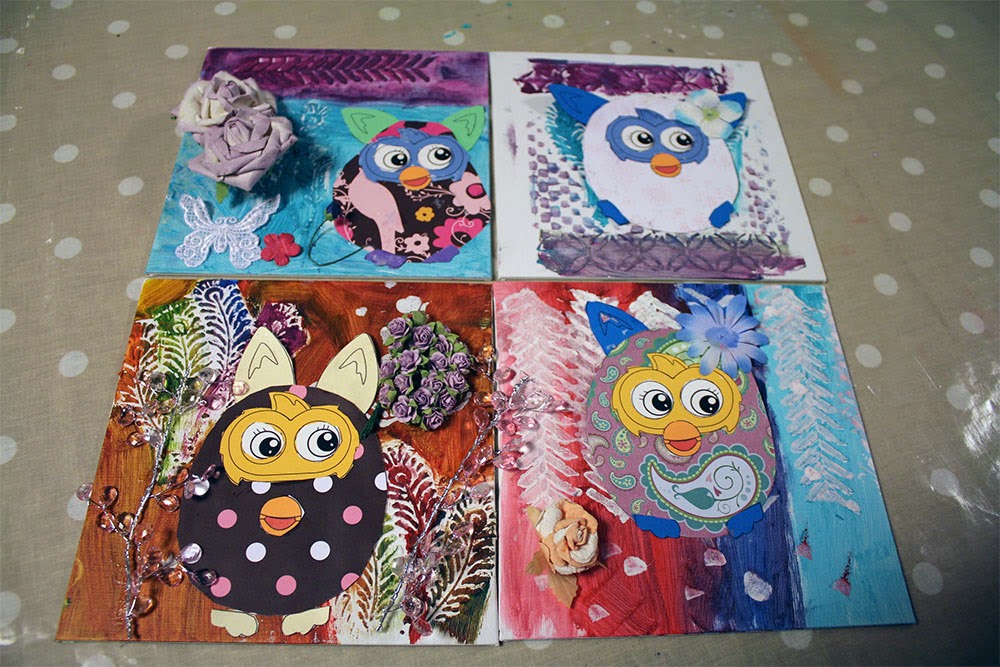 A few samples of the Furby art canvases the girls did.

It was all followed with a sleepover with her two best friends, chatting and giggling all night and not sleeping until almost midnight. The next morning, they were already awake at six and demanding pancakes. On a Sunday...

In the end, Miss C had a blast of a weekend and to see the smiles on her face was well worth it.

Hope you had a good weekend too.