How is it possible we are already going into March tomorrow? Time is passing much too quickly. It seems like we've only just finished one month's kit sample layouts, when the next month's layouts are being published already. Not complaining though, we've had so much fun with each kit.

This next one for March features papers from a very new company, one that we found hidden away in the new exhibitors section at CHA. They are so different from what we've seen of other lines, that we knew we had to bring this to you. The papers show cute movie and film related images which we paired with some new Amy Tangerine embellishments.

Here's the sketch for this month. 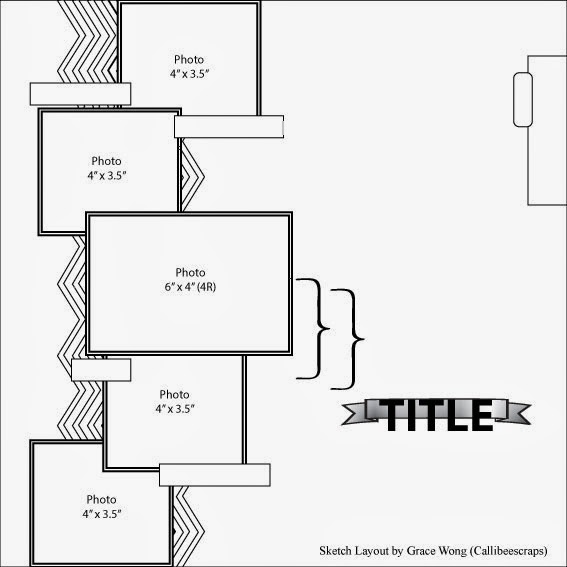 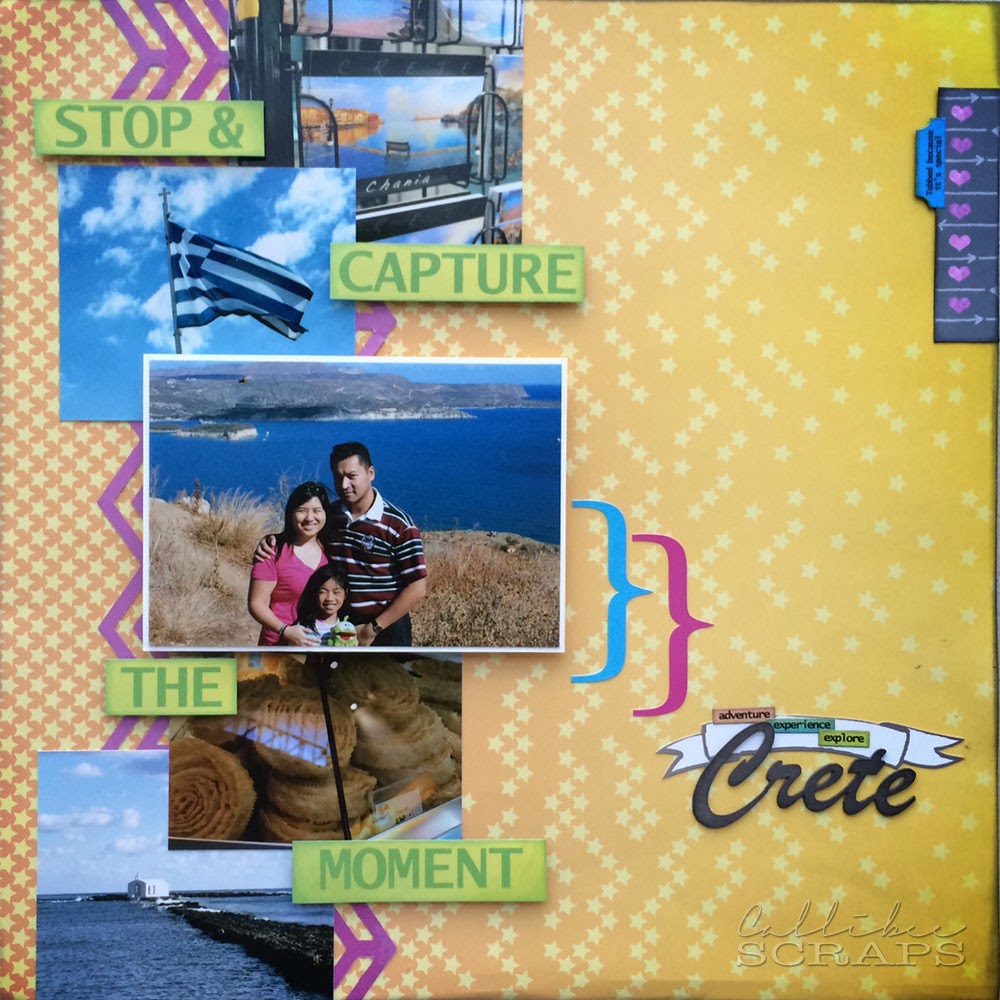 I was looking for a new way to display multiple photos. I quite like this staggered column. Simple and shows all your photos. 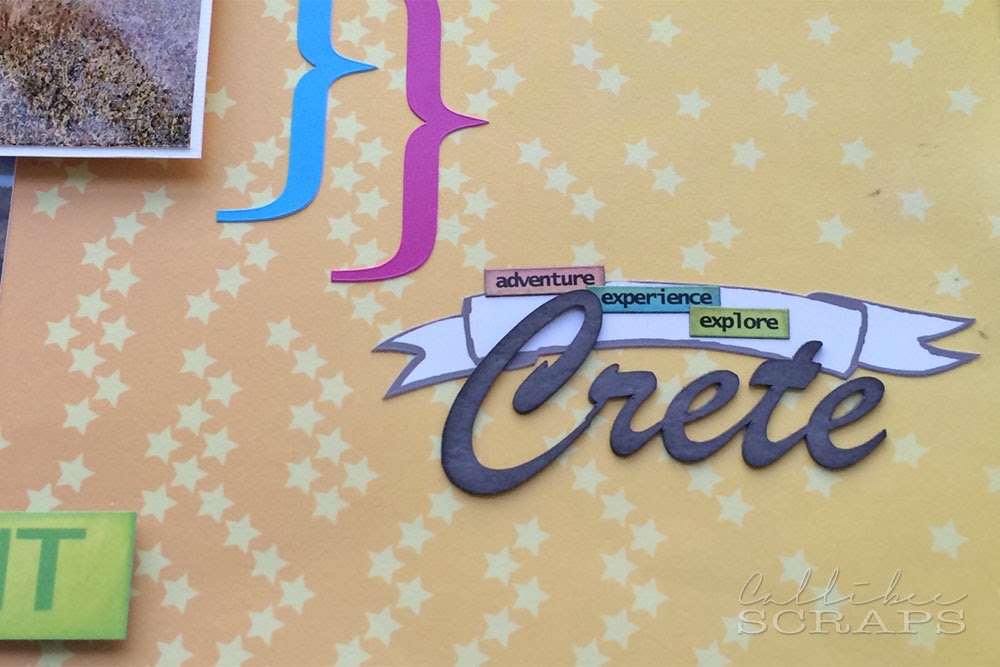 I used by eClips to cut out the title, layering three of the same die cut on top of each other to make it thicker. 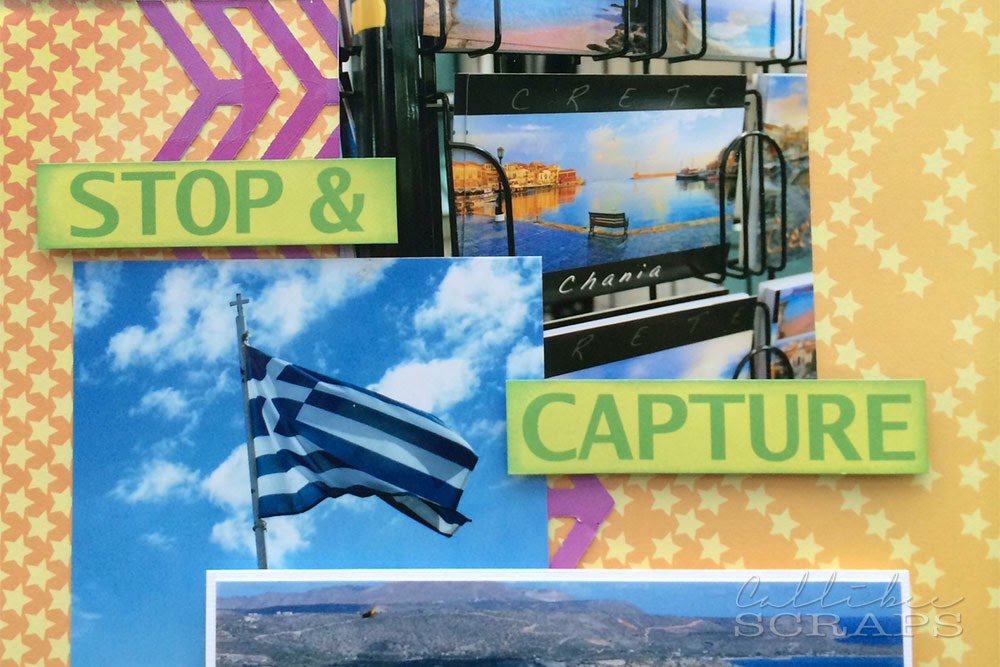 The chevron die cut I placed behind the photos sort of mimic the pattern of the stars on the yellow paper. That was pretty coincidental. 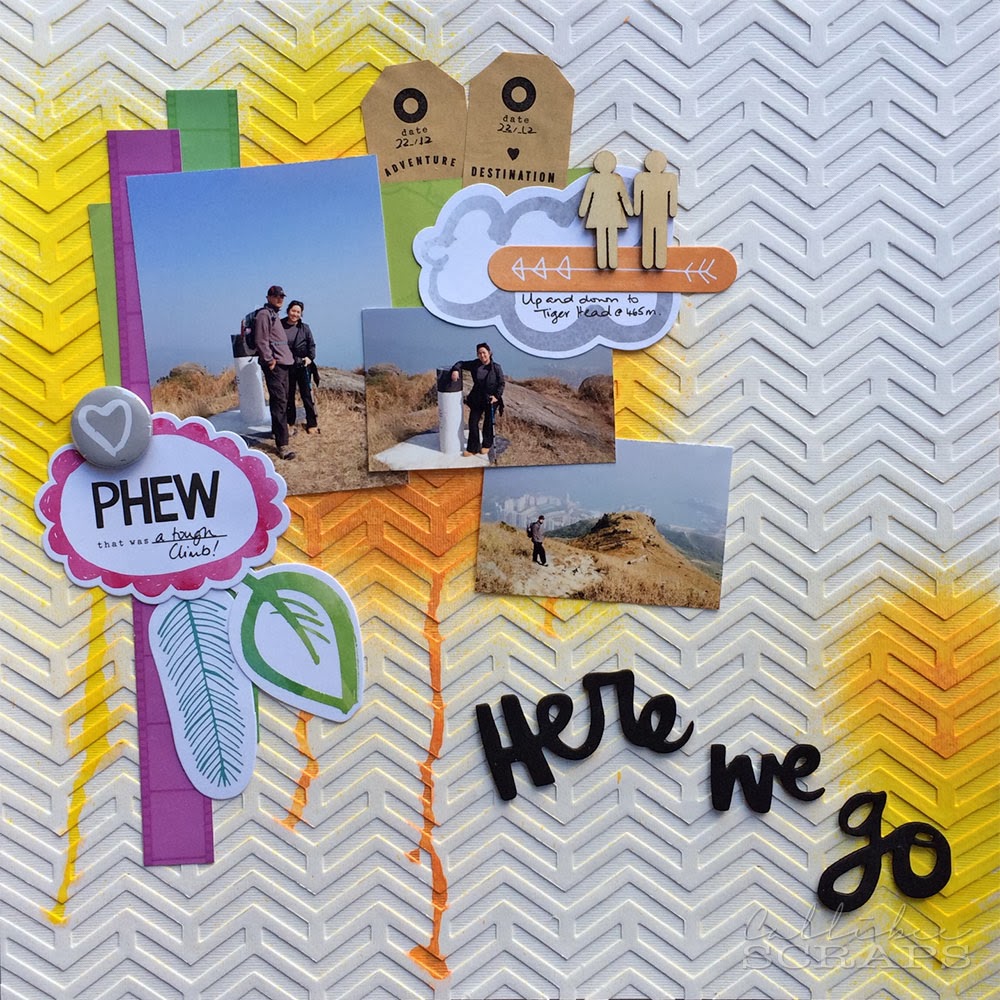 I wanted a white background for this layout, but plain white just wouldn't do. I die cut strips of chevron and covered the page with them. It's lovely to rub your hand over the texture. The photos were taken on my first hike up to Tiger Head. It was pretty tough, but hubby wouldn't let me give up, which was good as I felt great after getting to the top. 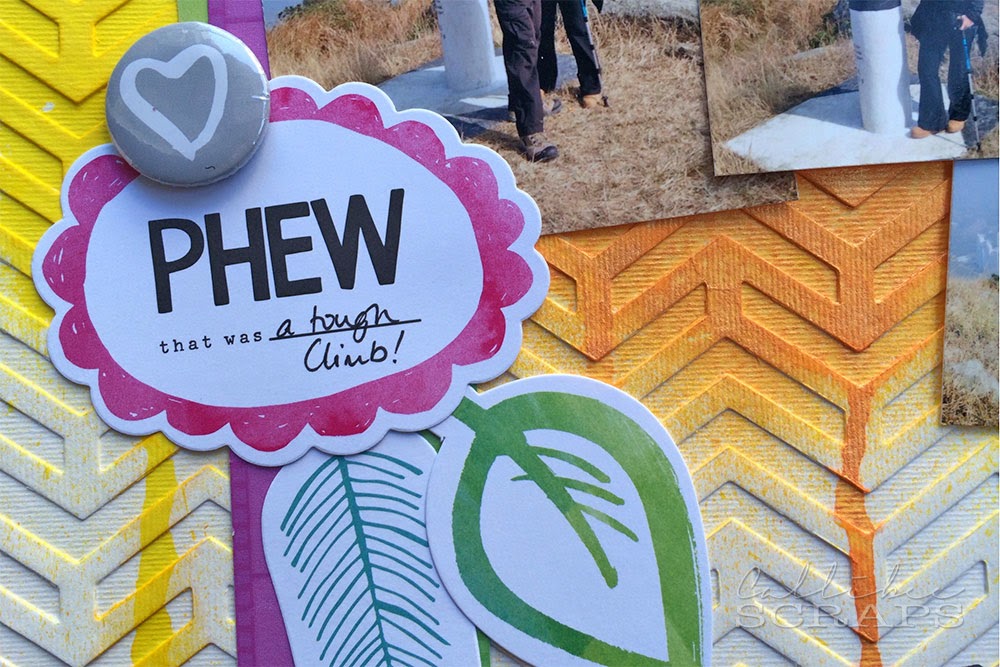 The pops of yellow and orange spray gives the layout more visual interest. How brilliant is the Phew die cut? Ha, perfect for my photos. 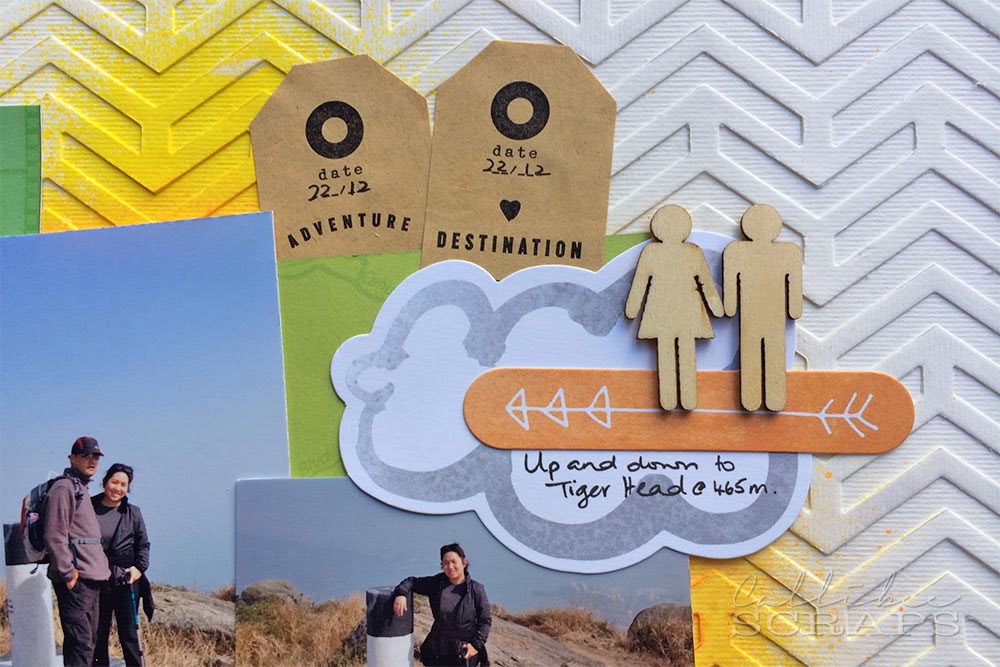 I think these embellishments were made for my photos. The cloud (need more of these) with the wooden people are just too cute. Did I say how in love I am with the foam Thickers words by Amy Tangerine? I Needed this (with a capital N) when I saw them. A must have. 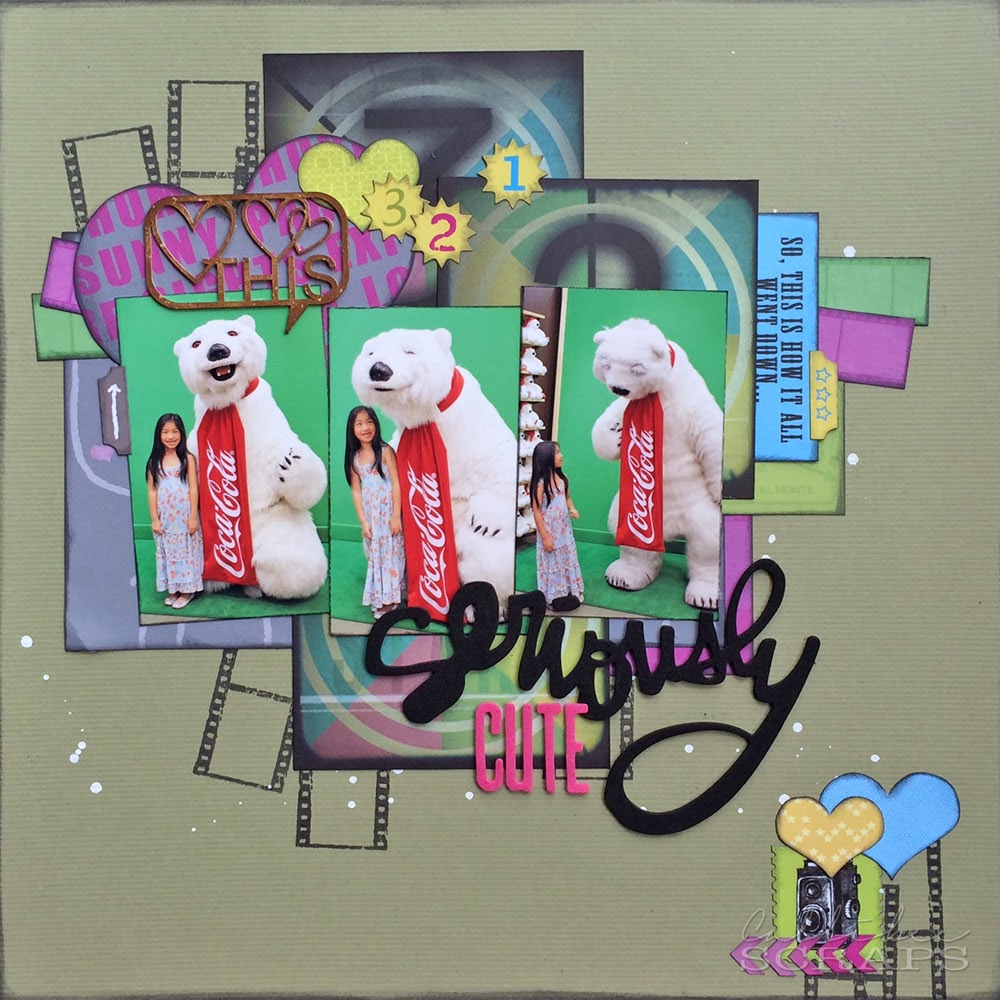 I've been holding on to these photos for a whole year, waiting for the right papers and I thought the film countdown paper was perfect. The photos were taken at the Coca Cola shop in Las Vegas last April. The bear is standing in front of a green screen and you were supposed to purchase the chroma-keyed photo, which we declined. I love the expression on both the bear's and Miss C's faces. So adorable.

I'm also submitting this layout for the My Creative Sketches February sketch challenge. I rotated the sketch 180 degrees, so the corner accent was on the bottom right instead of on the top left. I also used three photos instead of just the one. 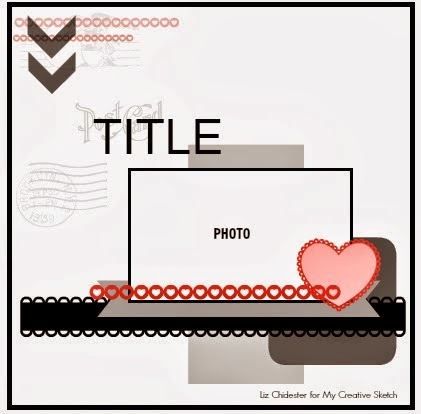 This is the My Creative Sketches February sketch, which I rotated on my layout. 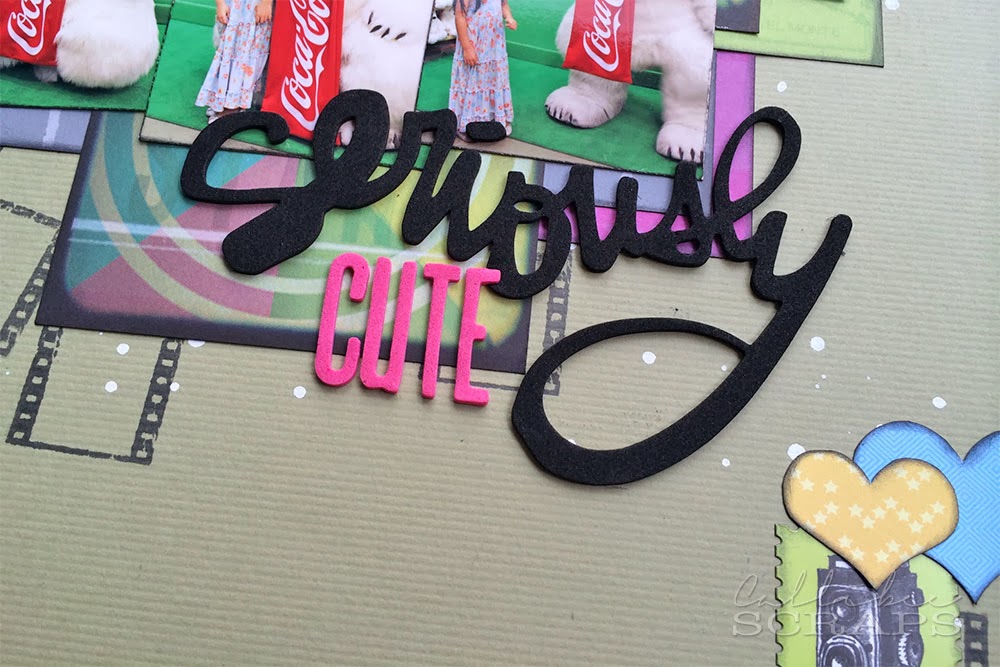 Absolutely love the foam words. The great thing about them is that they are flexible, so you can bend them the way you want before sticking them down. 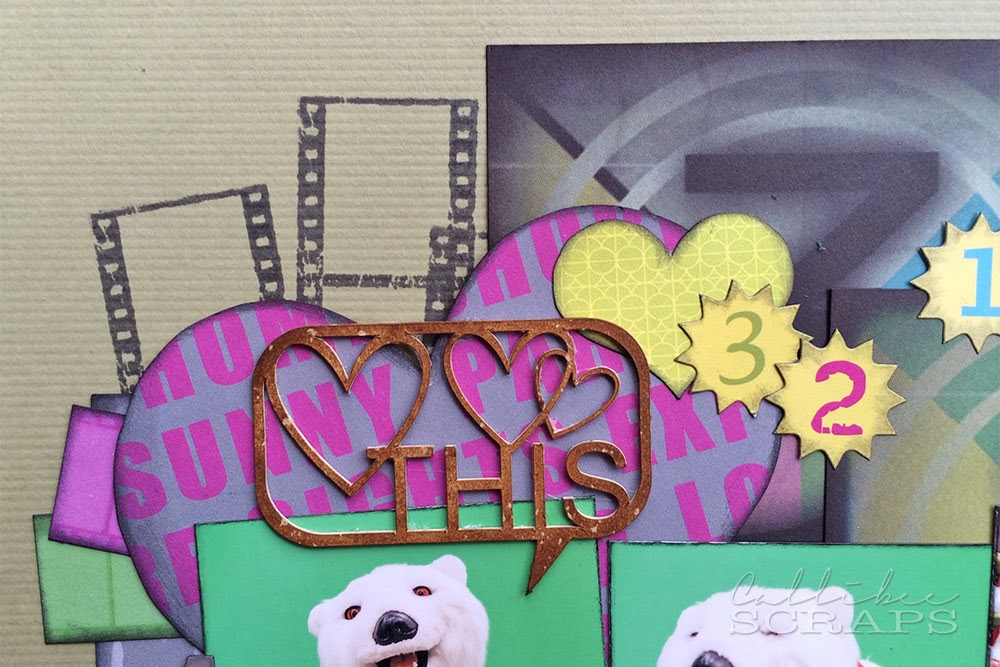 I used an olive green cardstock for the base to match the green in the film countdown patterned paper. I then stamped on some film strips on the back to extend the film visuals. I designed the speech bubble die cut on my eClips, gluing several layers together before inking so it looks like a wood cut out. 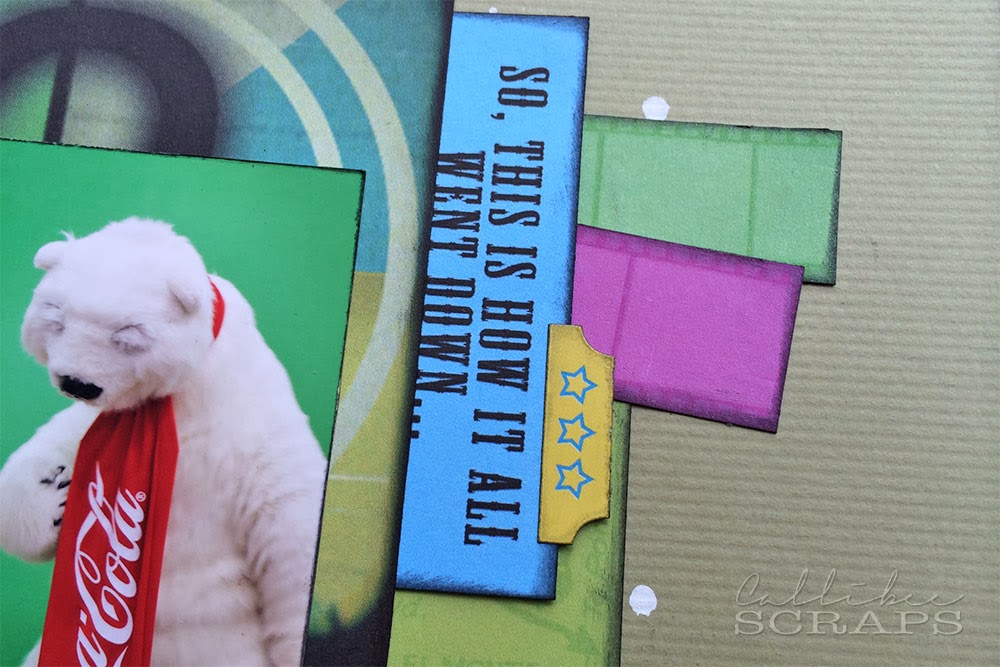 I think this layout warranted some journaling, so I hid some behind the photo. 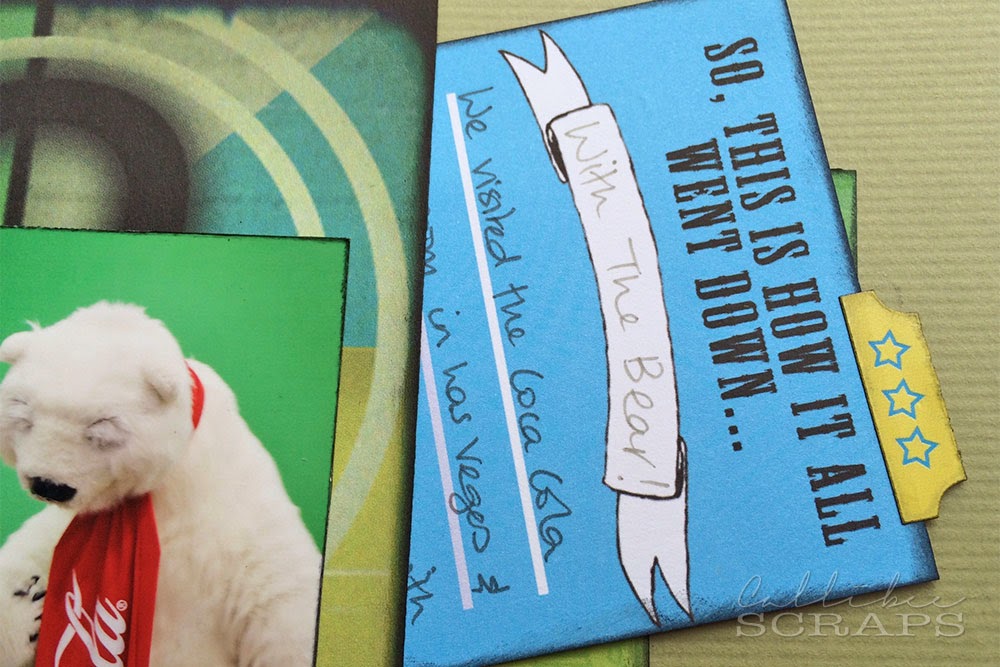 Here it is popped out to read.

Here are the other layouts from the rest of the crew.

Don't Let Anyone Dull Your Sparkle by Angela McDaniel 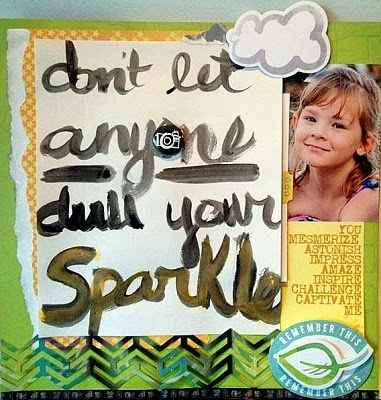 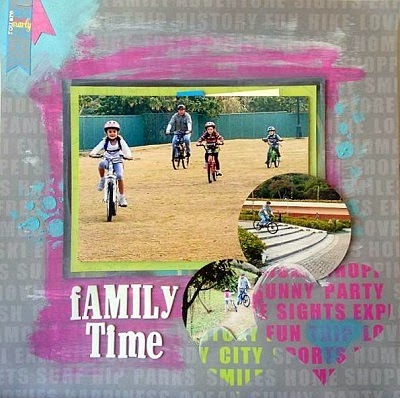 Travel Is Good For The Soul by Angela McDaniel 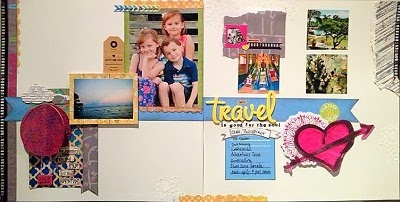 Here We Go by Belly Lau 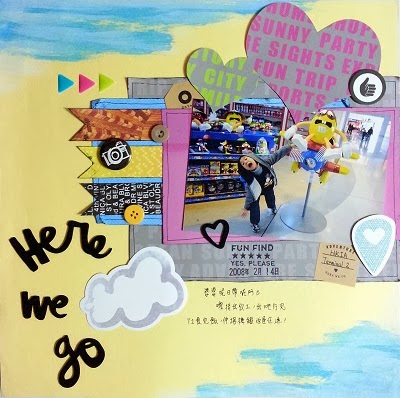 Love U Darling by Belly Lau 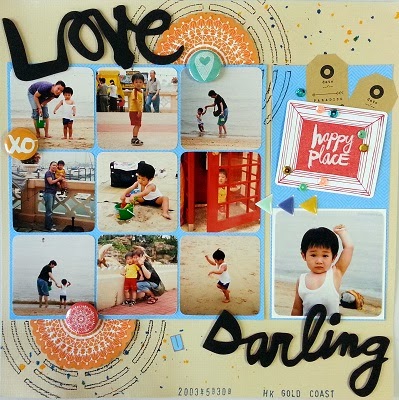 My Way by Erika Lui 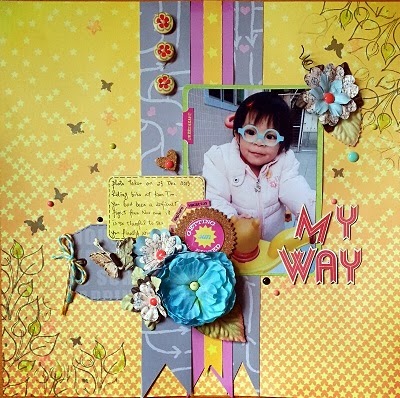 Discovery Bay Crop
13th March (Thursday)
10am - 12pm
Hosted by Angela McDaniel
Thanks for dropping by and I look forward to seeing some more amazing creations with this kit.