Early this month, I got to go to Anaheim again for the winter CHA, and there is so much that we saw and did, but first I want to tell you about what we did a couple of days before the show opened.

Angela Collingwood and I both signed up for the Prima Marketing Art Venture, which ran for two days, just before CHA. What a treat this was. We both came away with six awesome projects by six amazing Prima educators. We got to play with the newest Prima lines and they even opened up a store so we could indulge with more of their new products. Oh, and don't get me started on the many, many packs of flowers I came away with; Prima heaven. 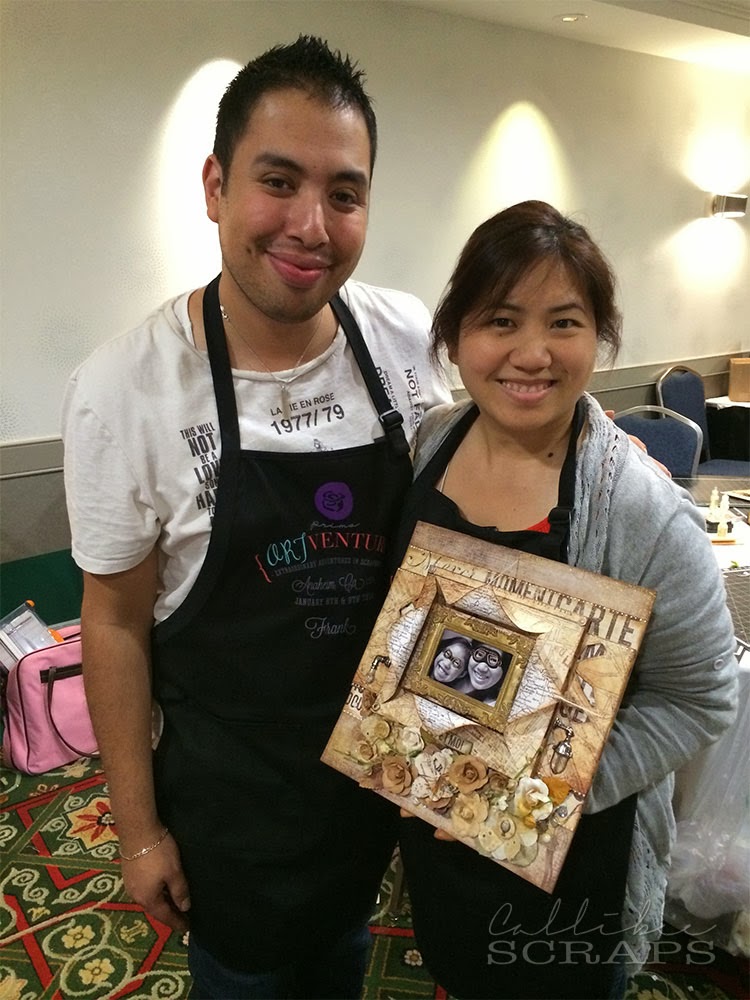 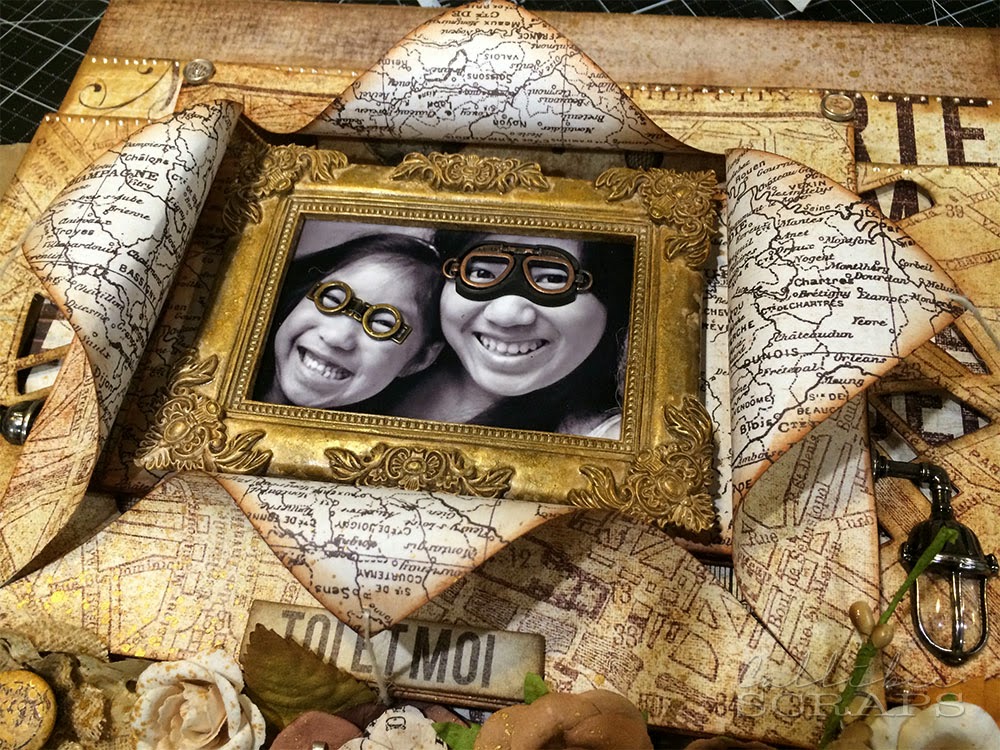 Gorgeous paper line that Frank designed. This layout is the funniest. 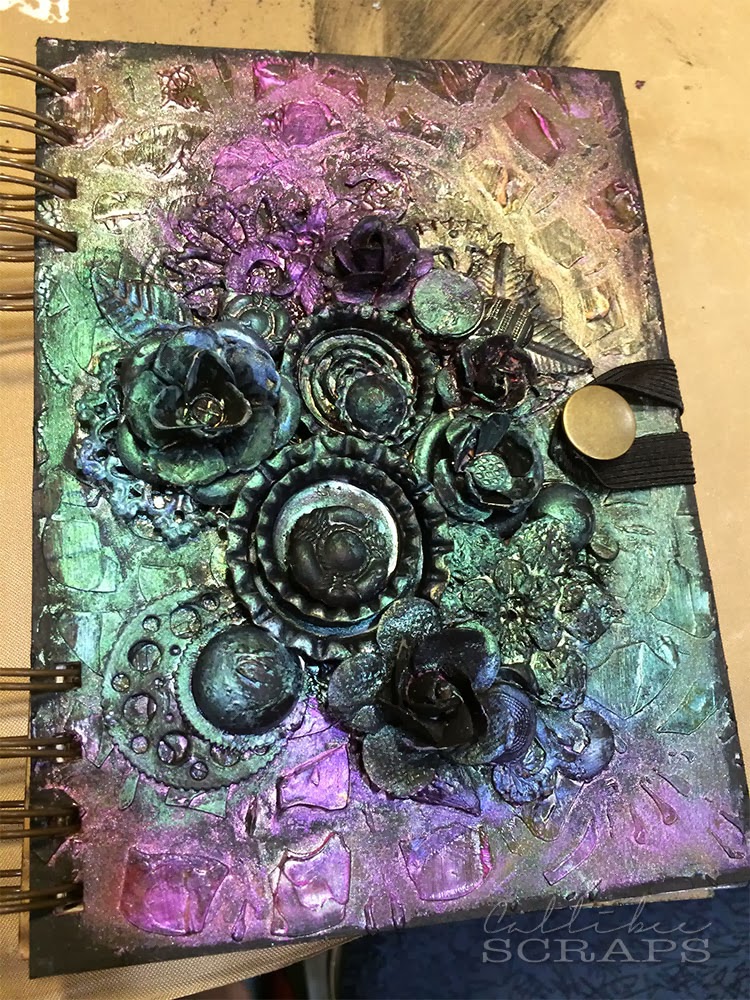 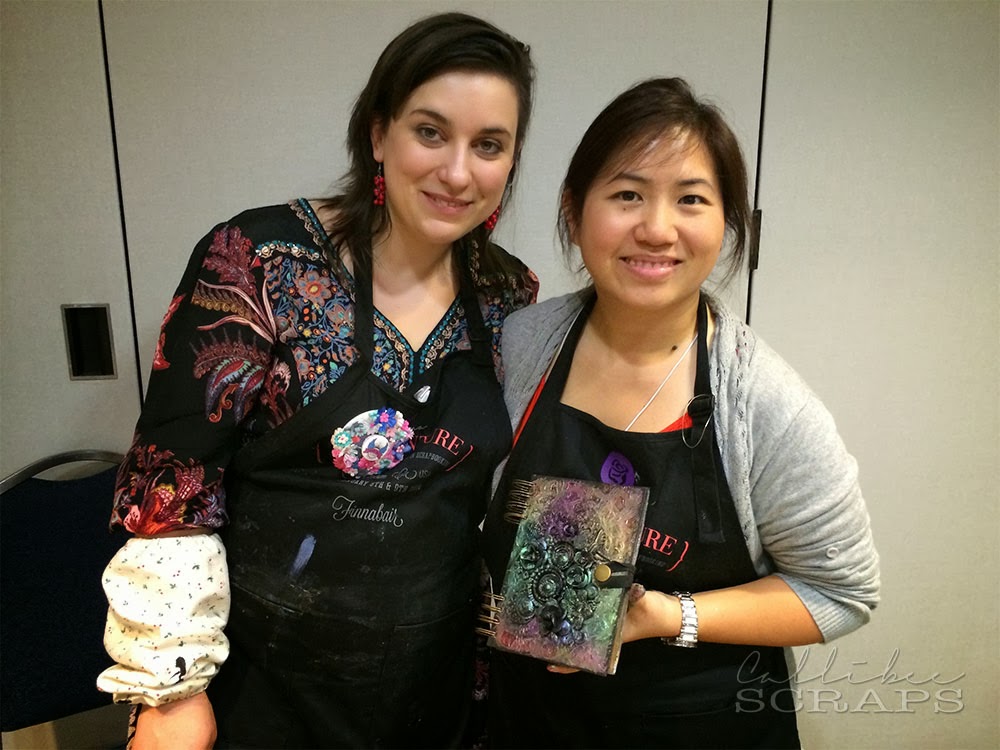 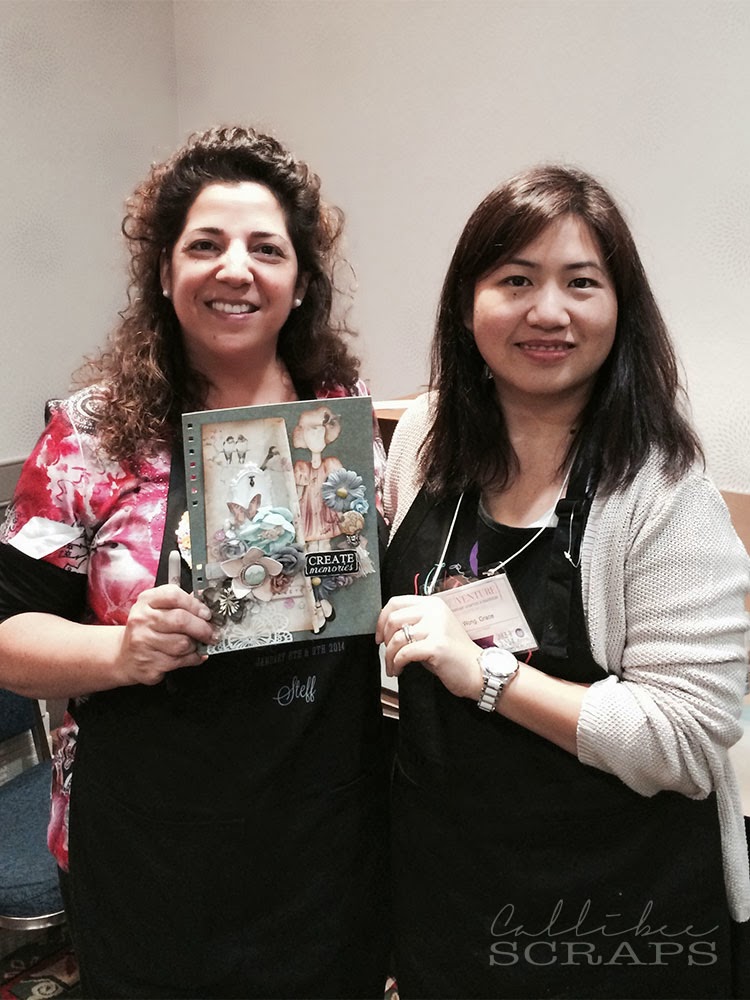 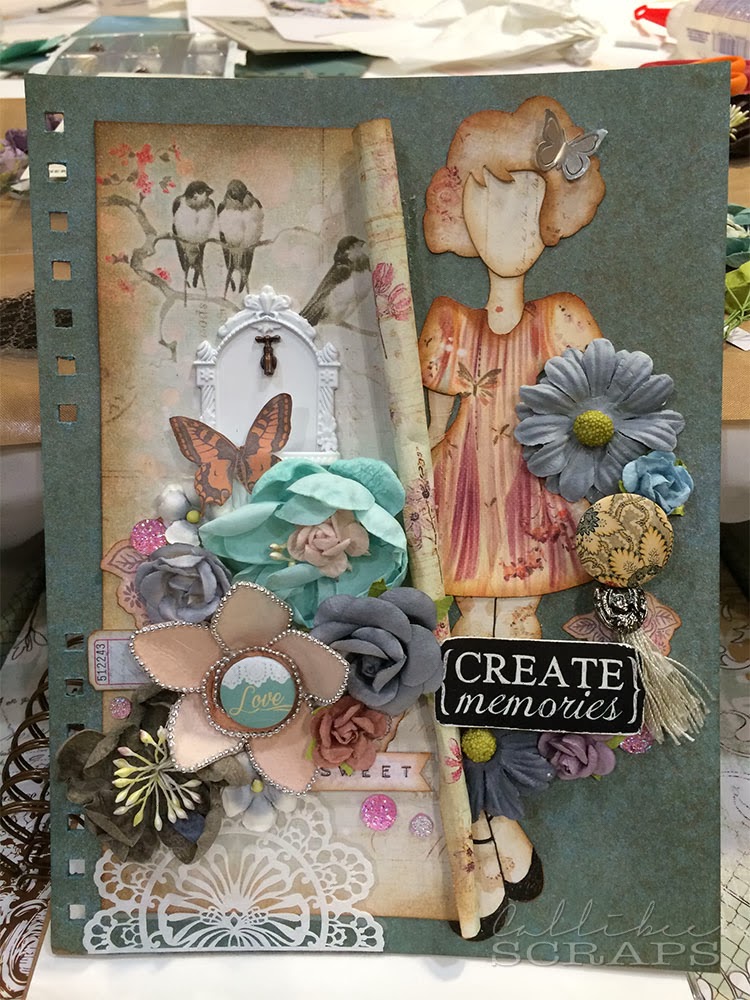 How cute is the girl? 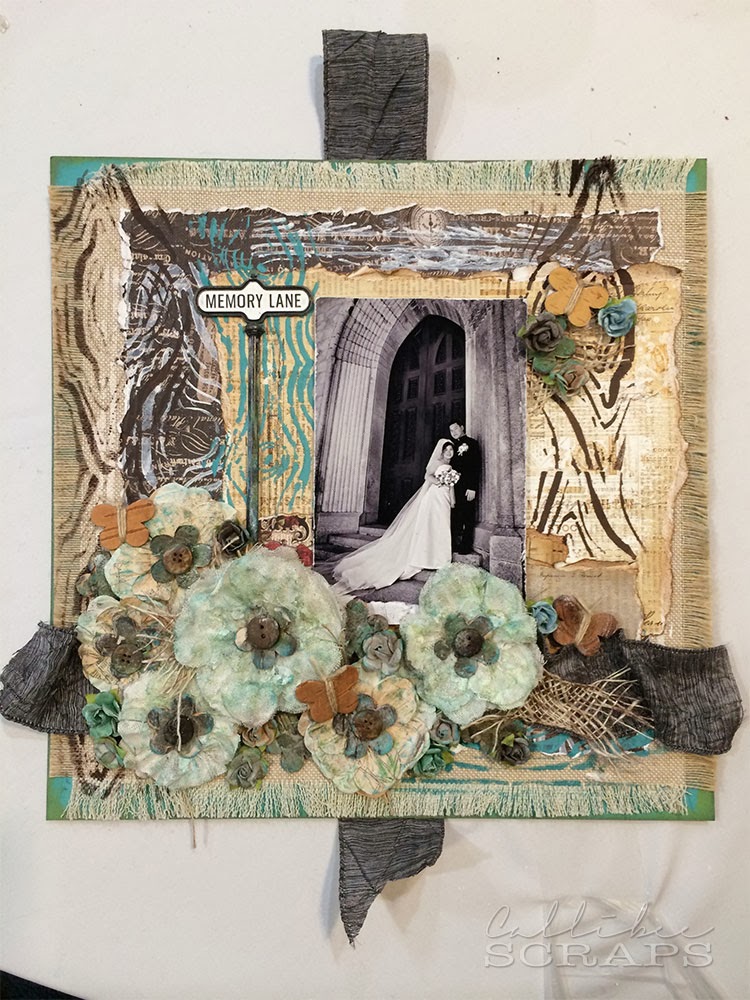 Rustic vintage wall hanging designed by Nathalie Kalbach. I missed out having a photo with her as she had to leave near the end of the class due to a bout of food poisoning, poor thing. 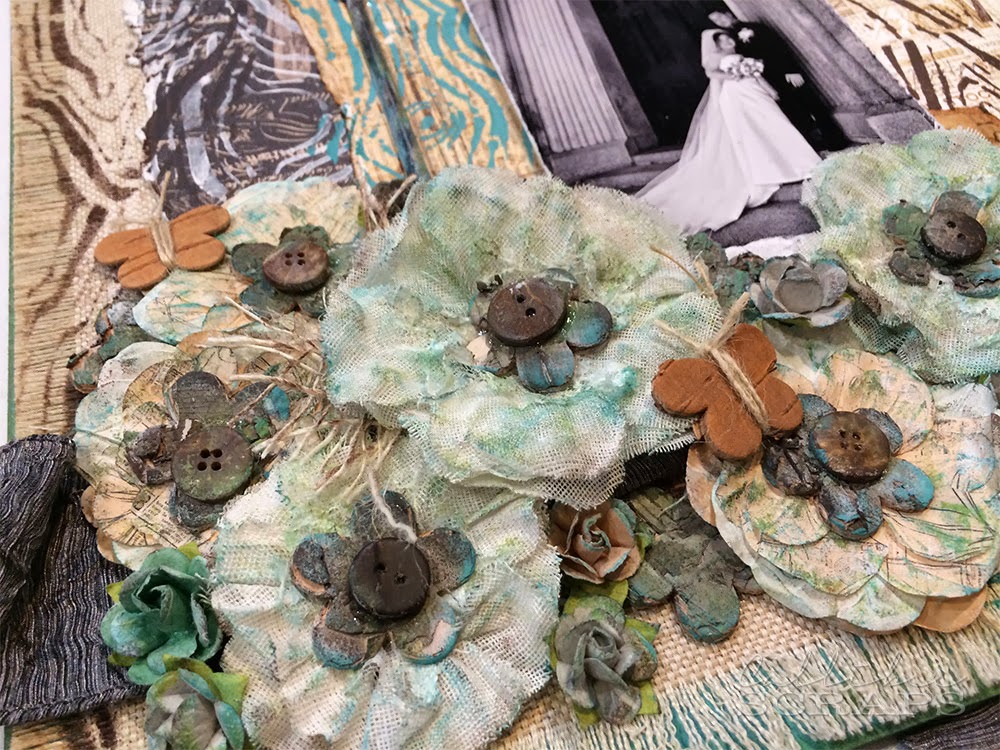 Had a fun time inking up the flowers. 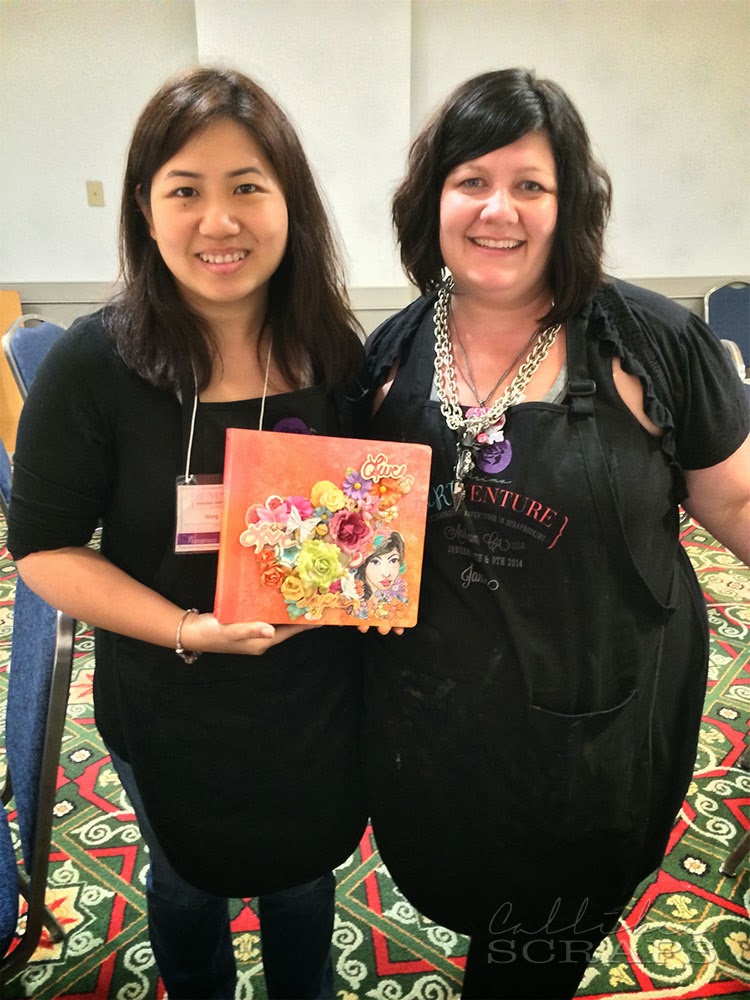 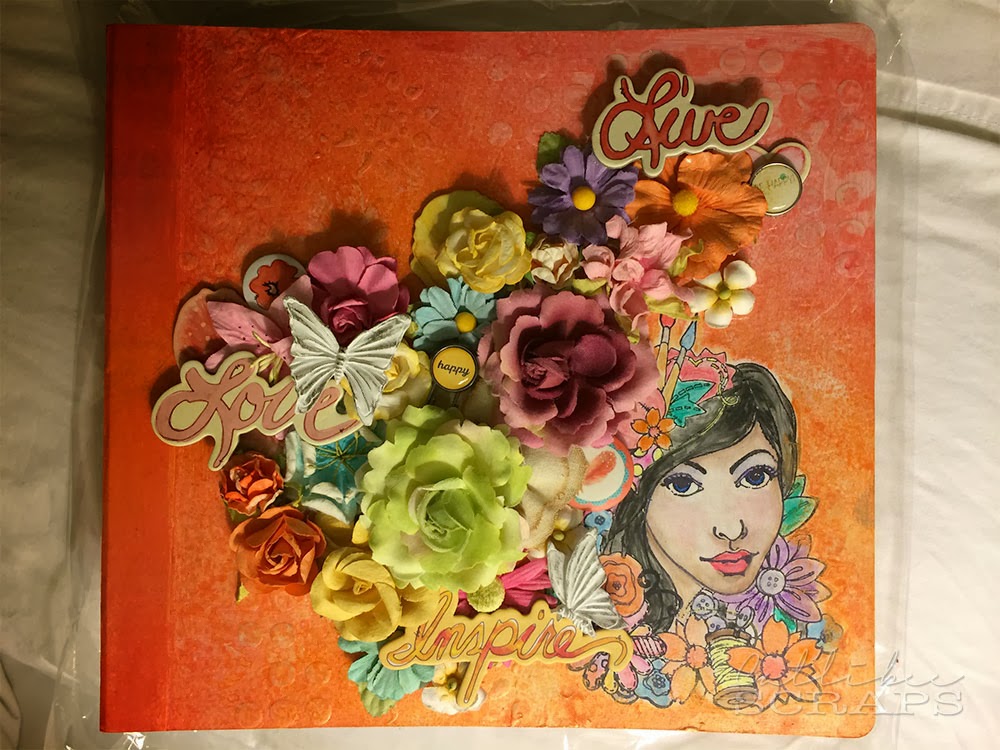 I love this album so much. The girl is a new stamp from Jamie, which I promptly lost. I'm still upset about that. 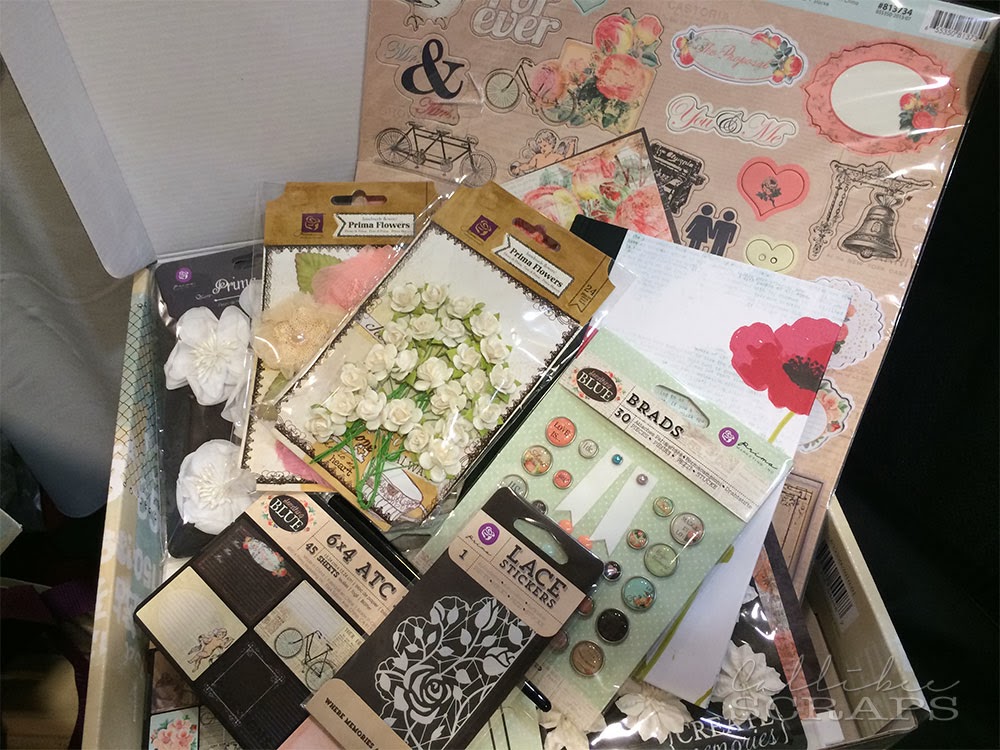 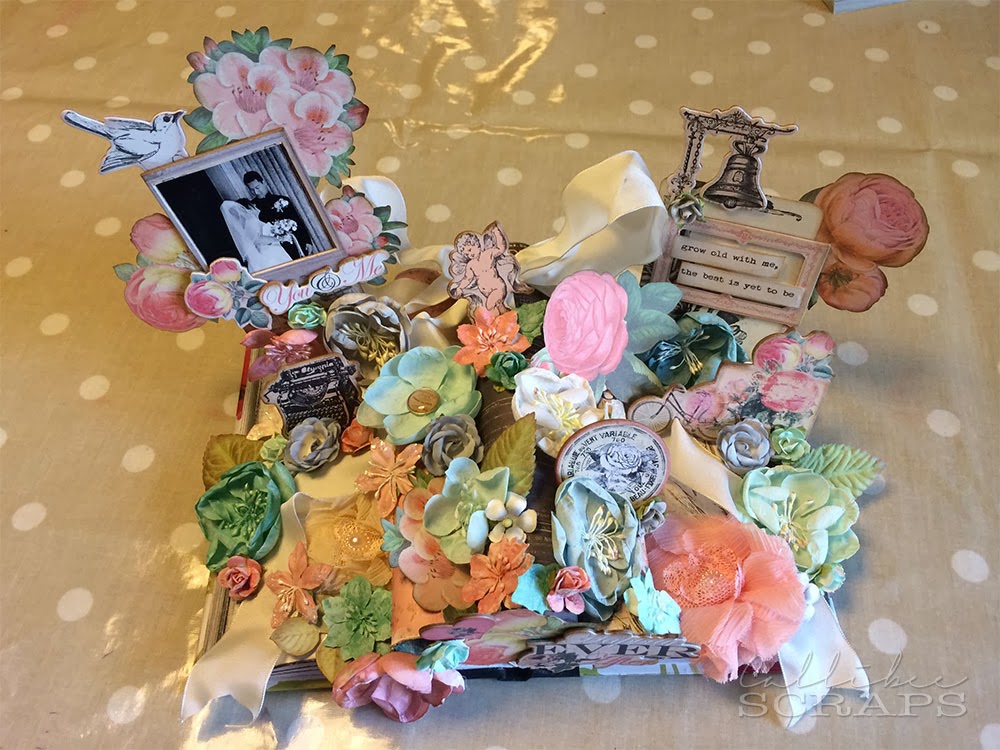 This was one that I finished at home as it would have been impossible to get home in one piece. I love this one so much.

On the second day, although I enjoyed every class, I started to come down with the flu and by the time CHA opened, I was a mess. Regardless, I couldn't pass up the CHA workshops we signed up for. We didn't sign up for many, but one of them was Tim Holtz's class. It is so difficult to get into and I was on the wait list, but Angela was very kind to give me her spot, while she did Dyan Reaveley's class. Thanks Ang.  I'd never done Tim's class, so was super excited. 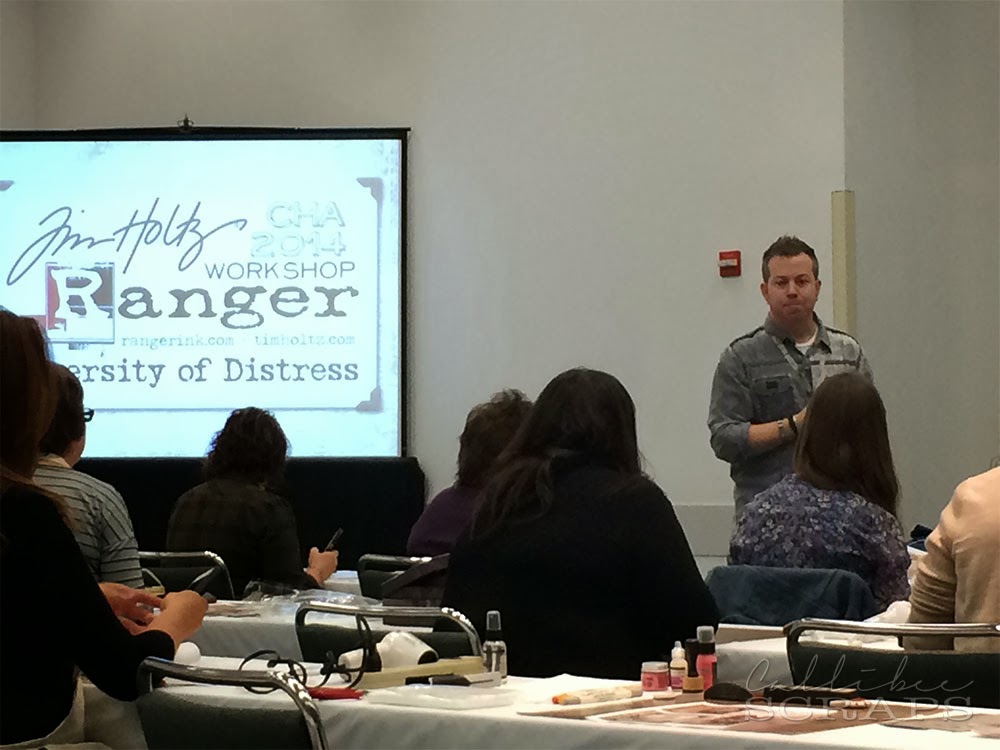 Tim, giving his intro on the class. He's so funny and personable. 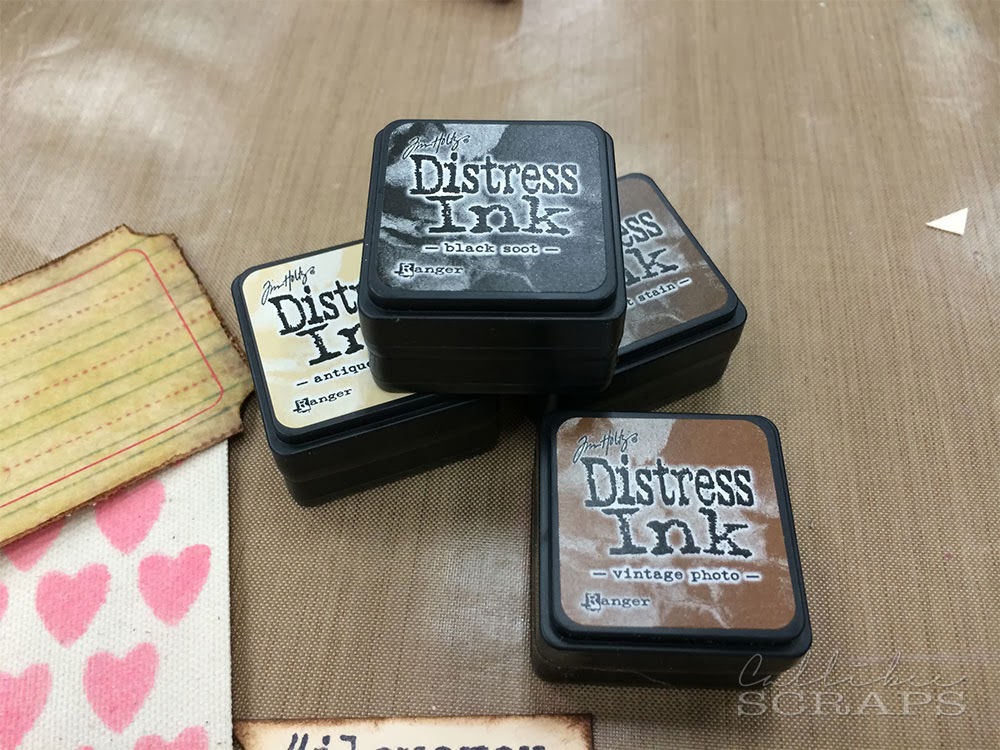 Look at these new mini distress inks. One quarter the size of the standard ones. Perfect for taking on crops. 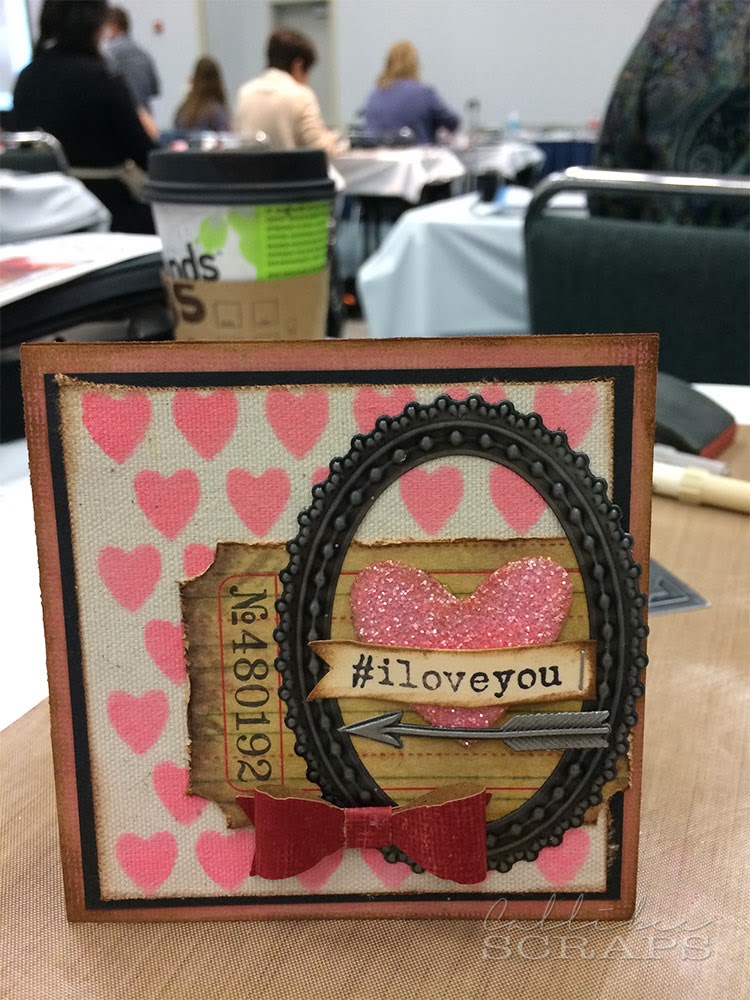 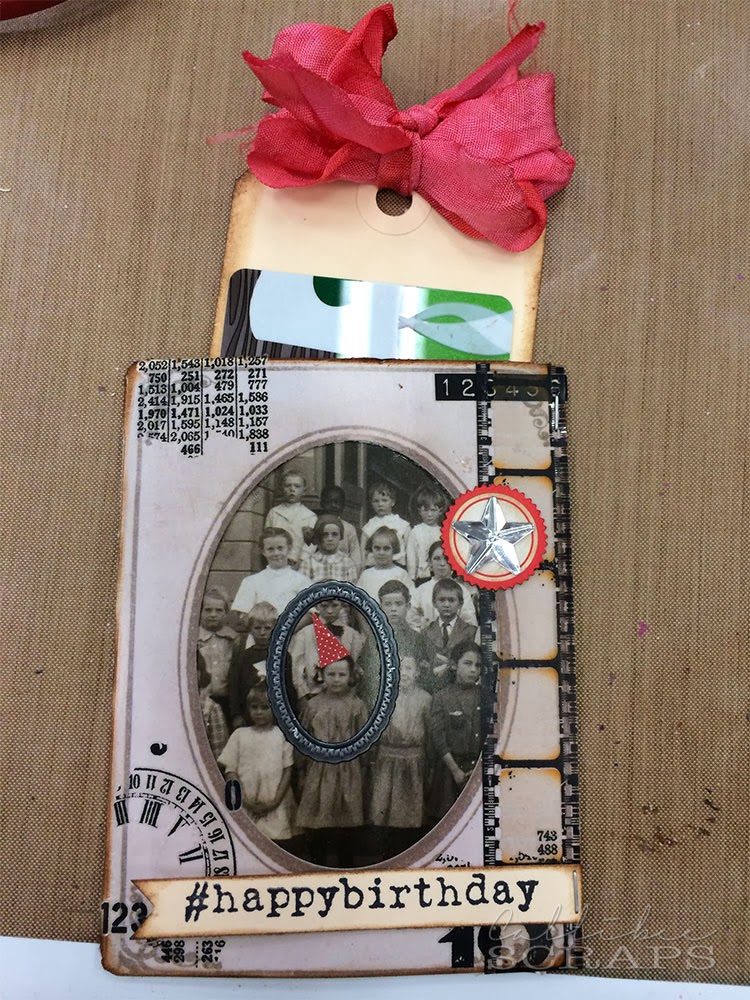 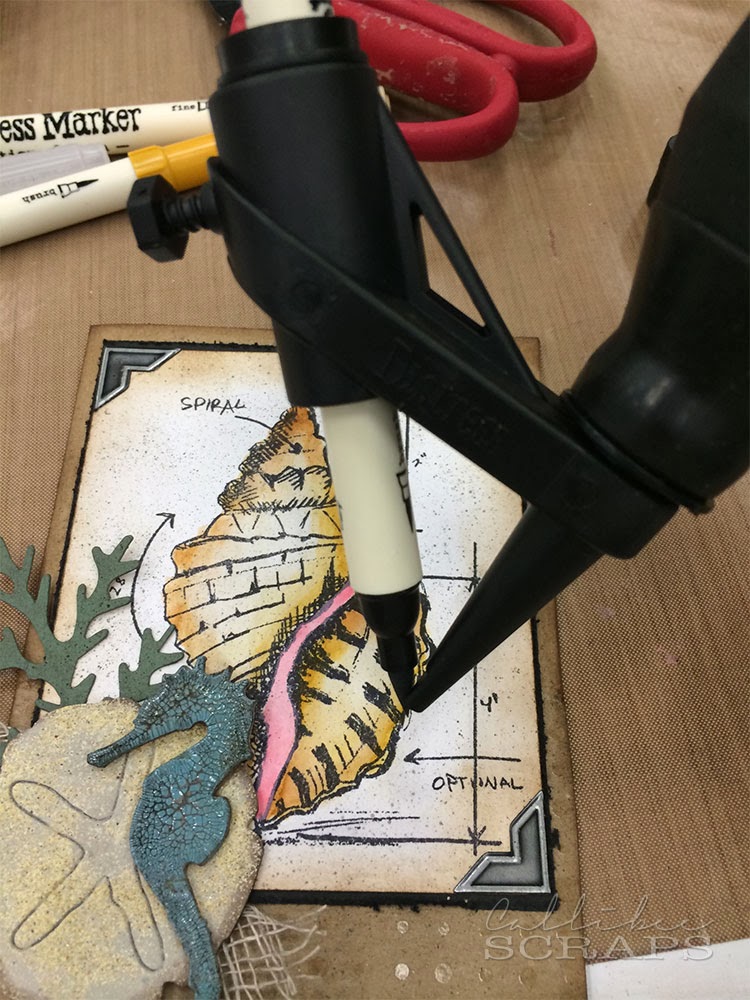 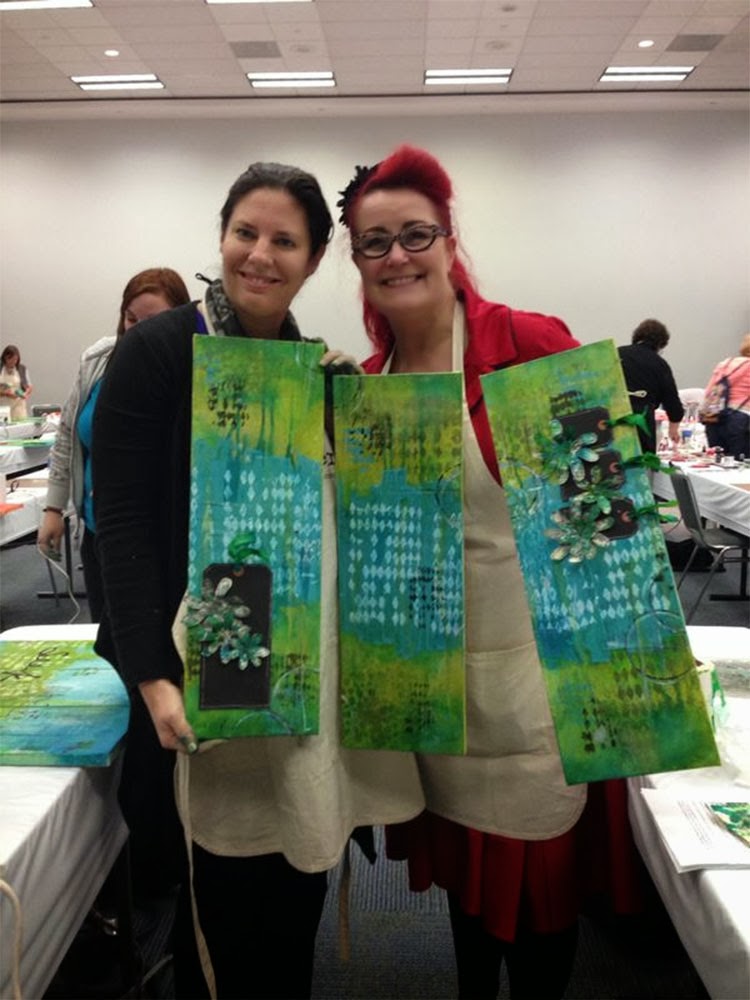 Look at what Angela made in Dyan's class.

How cool is this class photo. They're only holding up one canvas, but in fact, they all had three canvases each. 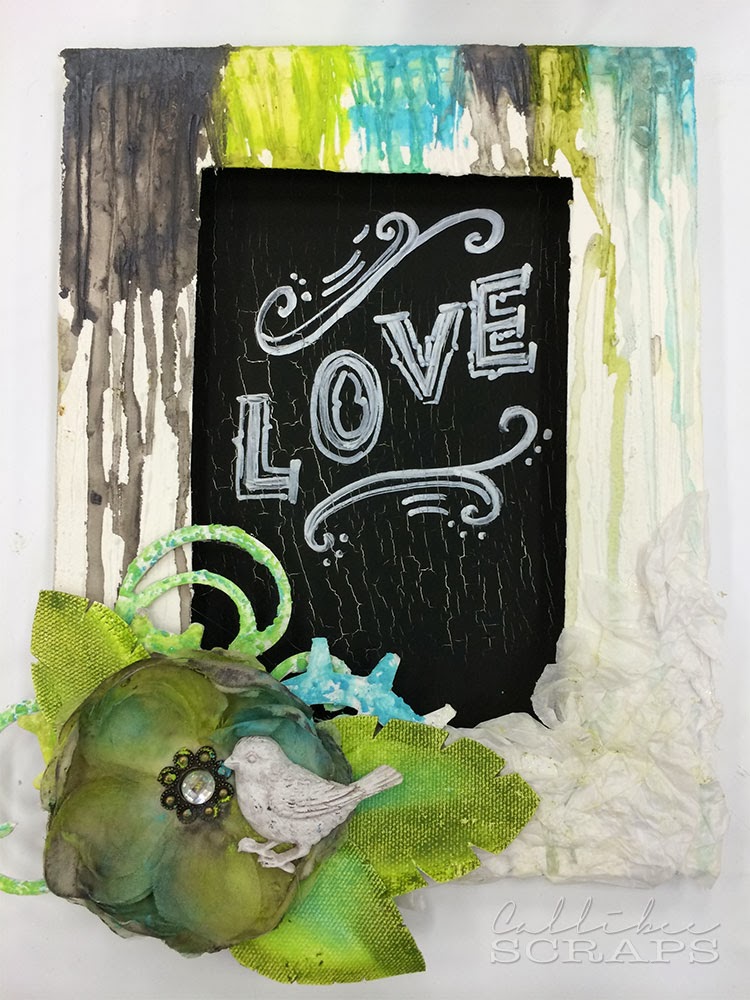 This was a Faber-Castell class with Limor Webber. Really fun techniques. 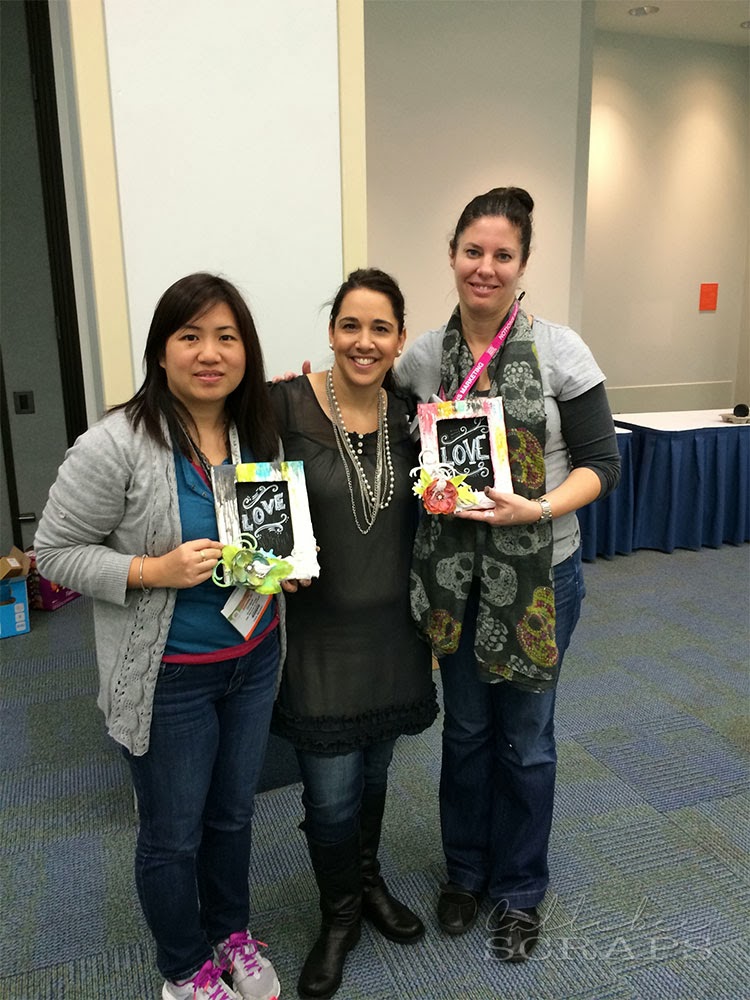 Holding our finished frames with Limor.

These were the major classes that we attended. There was a few seminars and talks as well, basically on trends and new innovations.  After that, we had three full days to look around the show floor and to decide on and order for the HKMC kit club. What fun we had doing that, despite me feeling like death warmed over. I've put lots of collage photos up on some of the things we saw. I'm not going to explain them as it's far too late here and I don't think I could remember half of what I saw, but hope you enjoy looking. 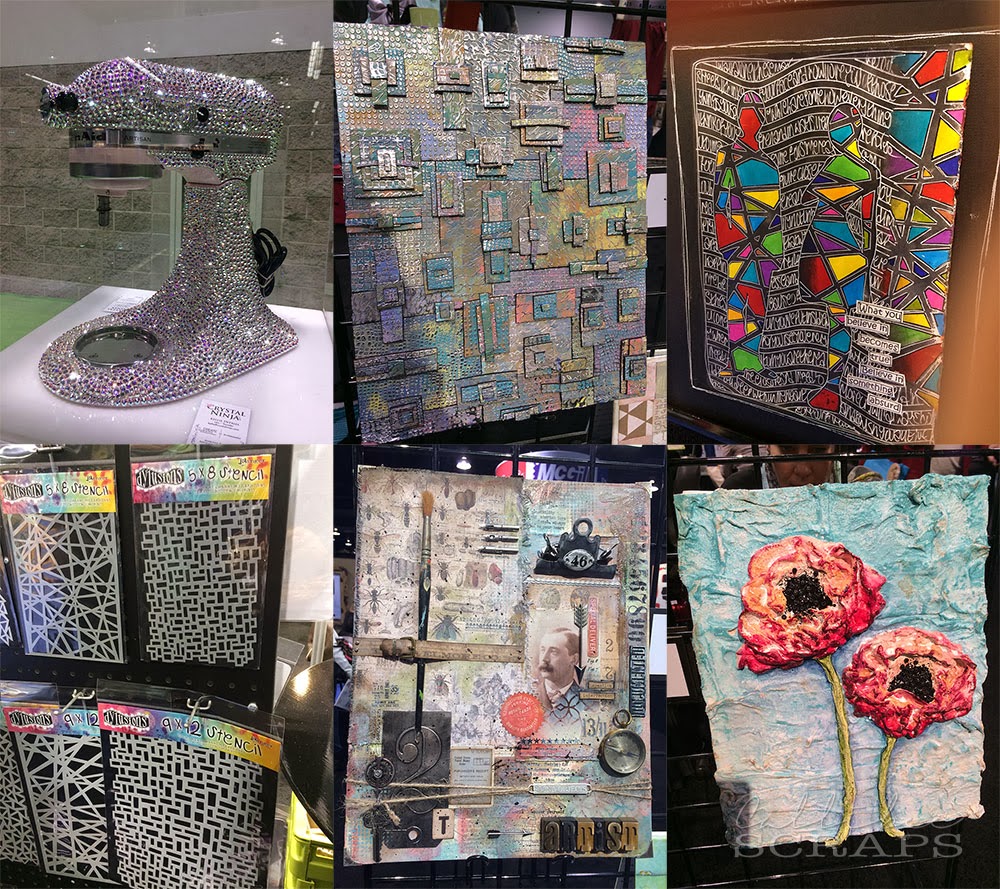 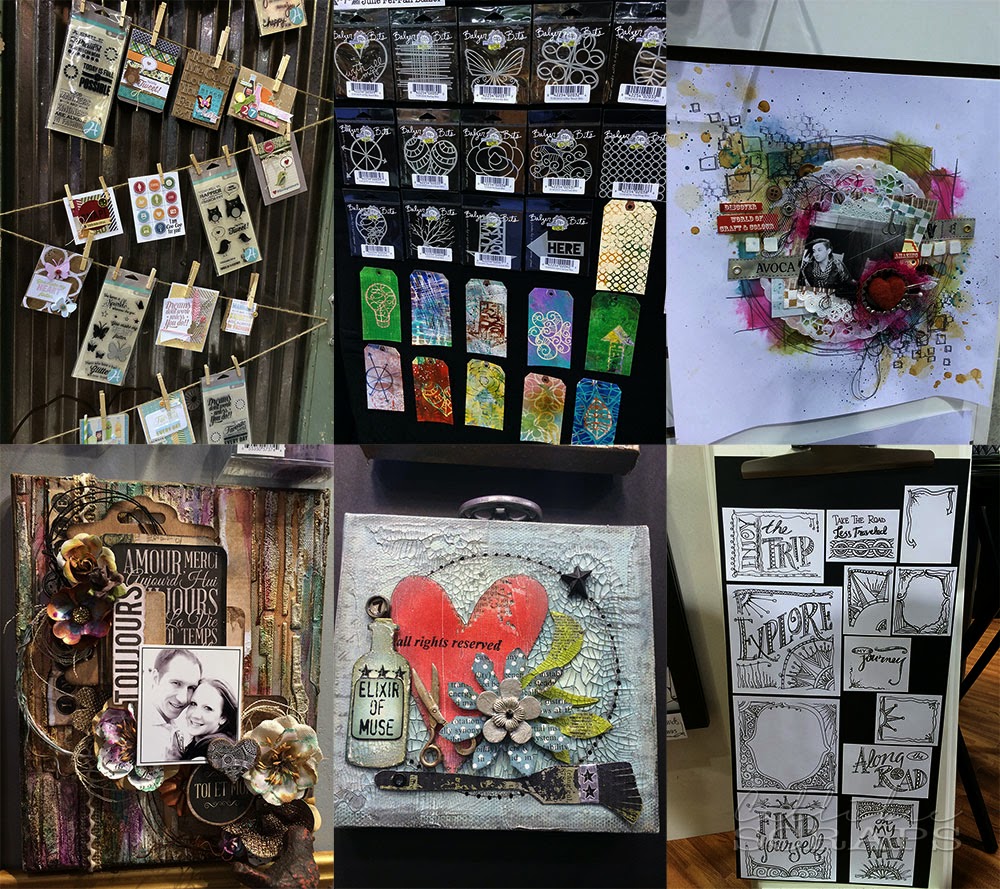 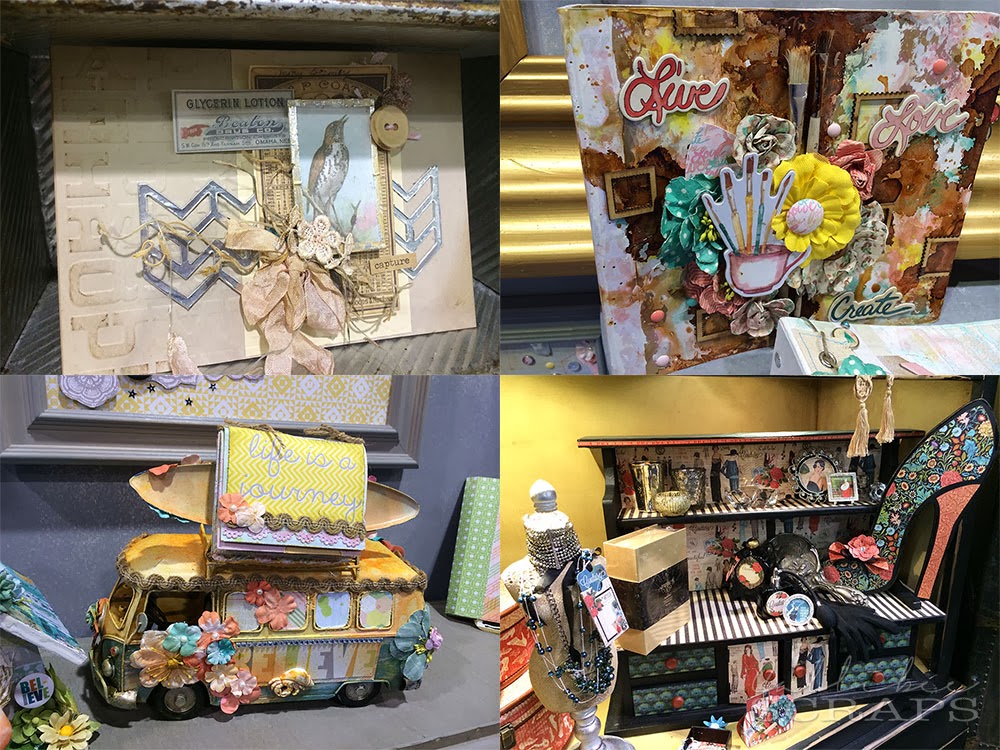 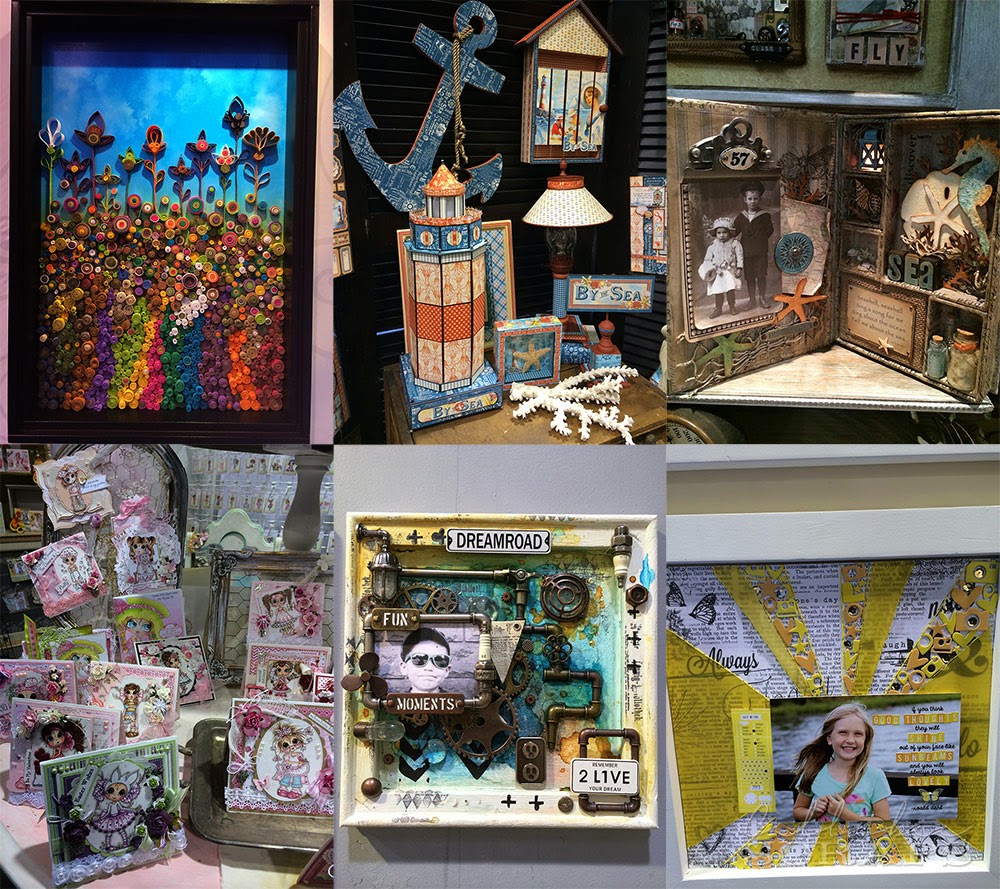 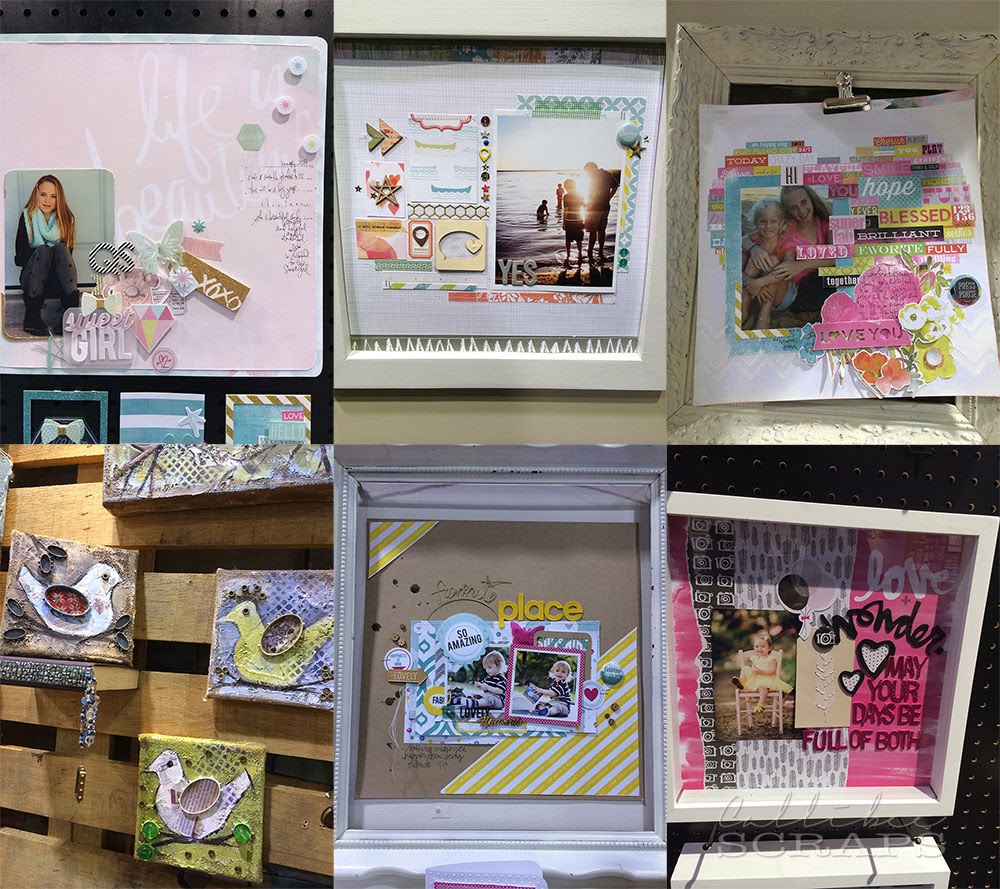 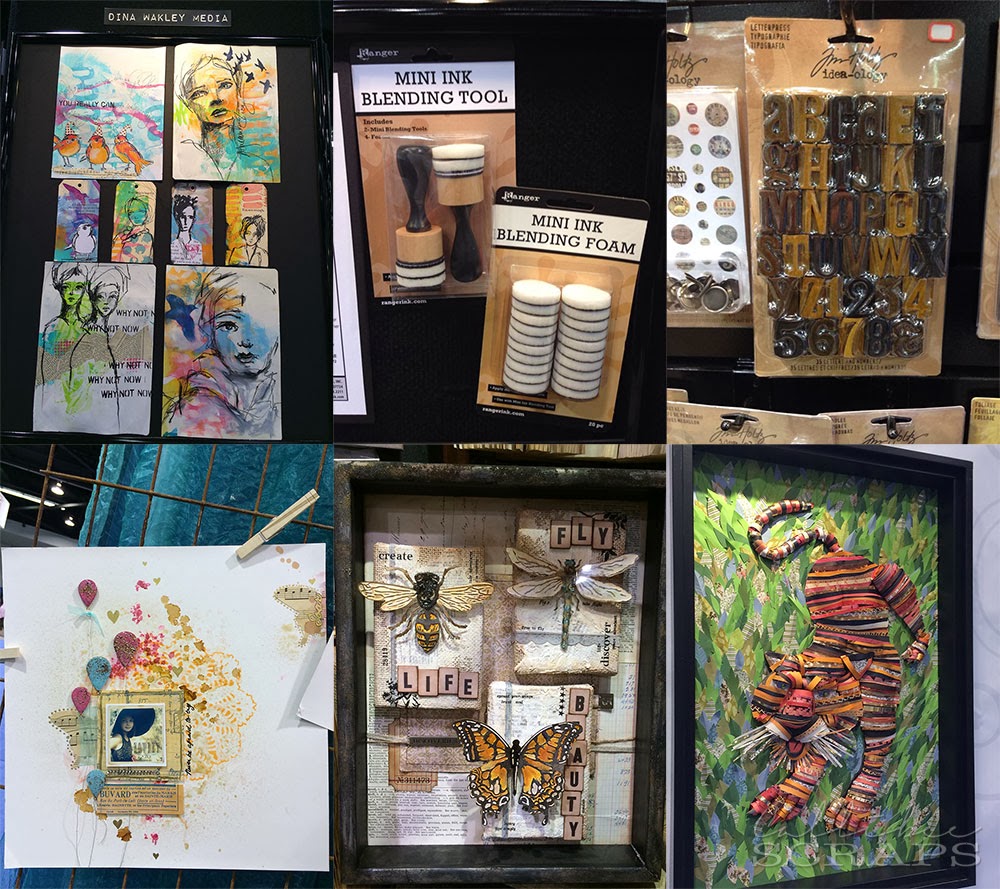 Right, I think that sums up CHA this year. I've been inspired yet again with all the wonderful artworks and layouts that I saw and hopefully, I'll be bringing some of those inspirations to life soon.