Back from the Big Apple

Wow, what a trip. We finally got back this morning. Our flight back was delayed by twelve hours and the thought of that and the fifteen plus hours of flight time had us all groaning. Luckily we were able to spend the time waiting in the first class lounge in relative comfort (one of the few benefits of the hubby being such a frequent flyer). Miss C was quite content to raid the complimentary food bar and drinks cabinet while I got in a few stages of Where's My Water? in. Love some Swampy action.

It was a quick one week stay in New York; four days in Long Island and two days in NYC (we actually stayed just across the river in Weehawken, NJ, but it was only a short five minute ferry ride to 39th street.

One of the things I wanted to do on this trip was take Calleigh to a pumpkin patch and go on a hayride. Apparently, so did a thousand other people. When we got there, the place was swarming with kids jumping around and adults scratching their heads on why they were there. Nonetheless, we had a good time getting lost in a corn maze and picking out a small pumpkin to take home.

The rest of the time in LI was spent doing my shopping so we could spend more time sightseeing in NYC instead. I didn't have much to get this time; mostly stuff for Miss C and a few party items for her birthday in March next year. Yup, early planning. She won't stop talking about it. Bless. 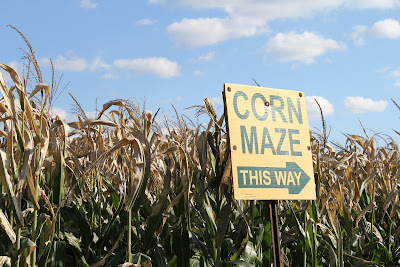 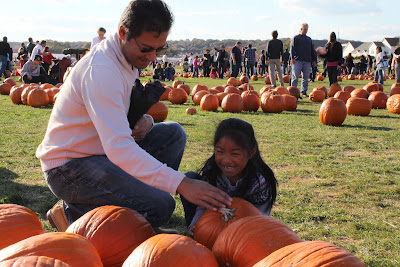 Just a little too large to take home

The weather turned a little chillier when we got to NYC. First day there, we went for lunch at Serendipity and their famous frozen hot chocolate. After that, it was a ubiquitous carriage ride through Central Park. We ended the evening with a wonderful performance of The Lion King at the Minskoff Theatre. 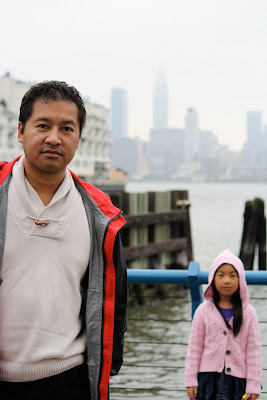 Waiting for the ferry in Weehawken. That's the Empire State building in the background. 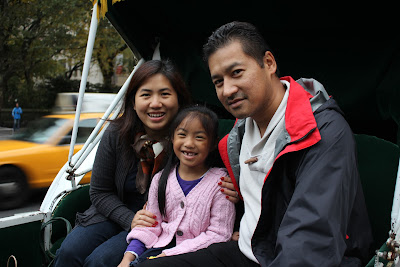 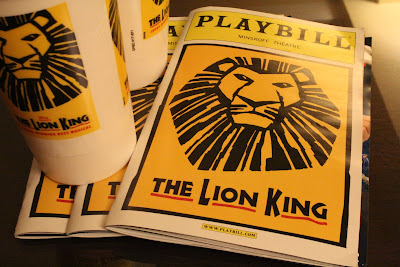 Taking in a Broadway show is a must

On the second day,  hubby had to work, so Miss C and I (after a confusing time in the subway system) managed to make our way out to the Bronx zoo. After the long trip there, the visit itself was shorter than we liked, but we got in as many animals as possible.

After that, we made our way back to Times Square and promptly jumped onto a hop-on/hop-off bus to do a tour of Downtown. That ended at 8pm with both of us practically frozen to our seats. It was cold. 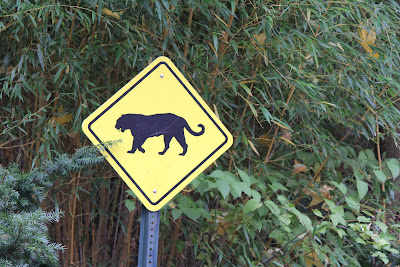 Maybe we should keep our eyes peeled for roaming tigers 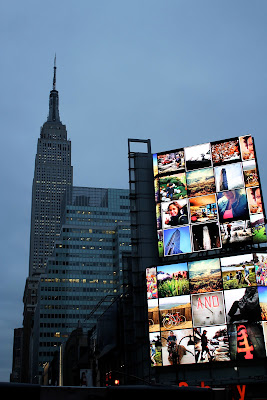 So, that was our New York adventure. Hubby may be going there a lot in the future, which means we may get to go again. As it is, our next US trip should be in April to Florida. That will be the ultimate trip.

Now, all that's left is for all of us to get over our jetleg and for me to get back to my scrapbooking. Lots of photos to scrap!