How is everyone doing? It's been a slow month, scrapbooking-wise, for me. After the retreat, I was bogged down with cakes and then we went away for ten days. Wow, what a great time we had: Rome, Sicily, Greece and Turkey; cruising around the Med. Three days in Italy and seven days on the cruise. I love cruises, but they're also the worst things - for your diet (that is). So much food on board and everything is five minutes walk of each other. I think I had to spend more time in the gym than anywhere else. Mind you, we had mini golf, ice skating and rock climbing to keep us active as well.

Right after coming back, I had to dig right into making my cousin's wedding cake. A beautiful three tier ivory creation that took 20+ hours to complete. I think the most hair-raising challenge was to get it to the venue in one piece, which, luckily it did.

I did, however manage to get two November kit club layouts done. Funnily enough, I did both of them before we went away and for the Roma layout, left the photo areas blank until we came back.

Here's the sketch and layouts I did. 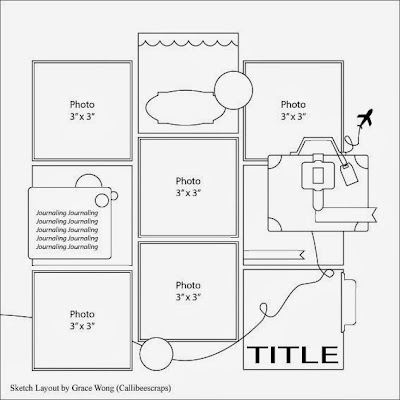 Look To The Horizon & Beyond 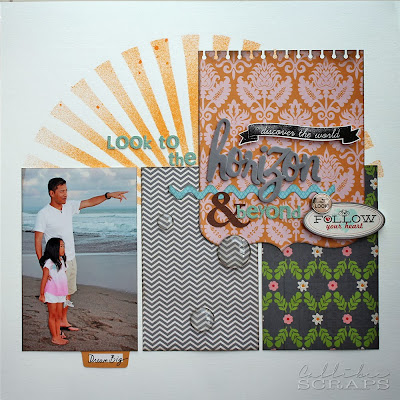 For some reason, these papers spoke to me for the photo. I kept this one simple, showcasing the papers and elaborated on the title instead. 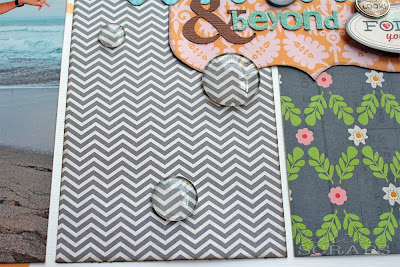 I had these glass pebbles that I used to create a bit of oomph to the plain chevron. 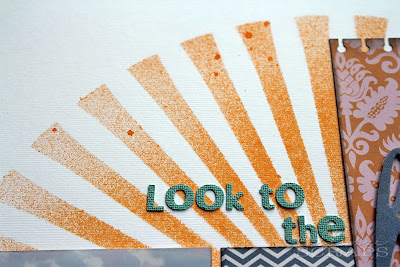 I masked off the sunburst stencil and sprayed it orange to give a sun rays effect. 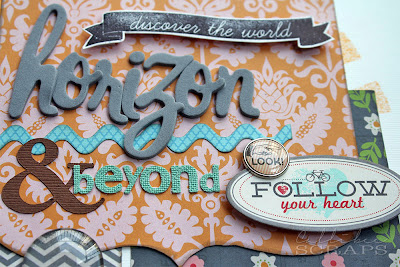 Create your title with different sizes and colours of alphas to add interest. 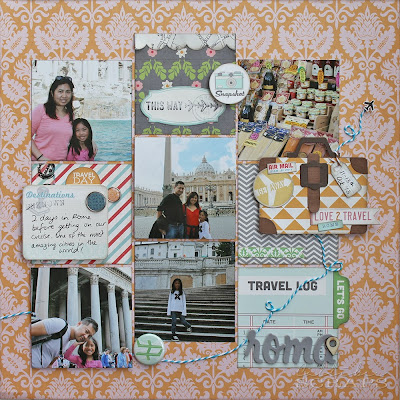 This was the layout I put together before we left on holiday. I used blank cardstock cut to size as my "photo holders" until we came back and I had actual photos to swap them out for. I only have five photos here, so I may expand this layout to a double page with more photos when I have time. 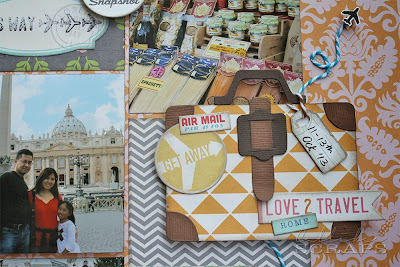 This the cutest suitcase die. I really had fun die cutting this one and putting it together. Whoever thought of this die is a genius. 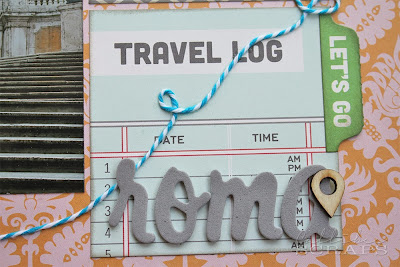 I looped the baker's twine around the page and across my title so that your eye will follow it to the tiny little plane on the top right of my layout. I had to dig in my stash for a geotag. I love them. 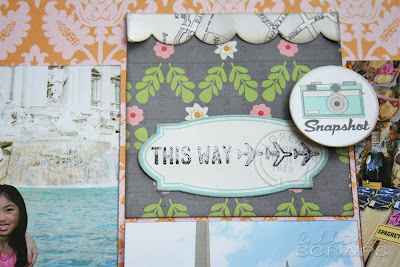 Another little accent square to break up the photos.


Here's a few of the layouts from the rest of the team. 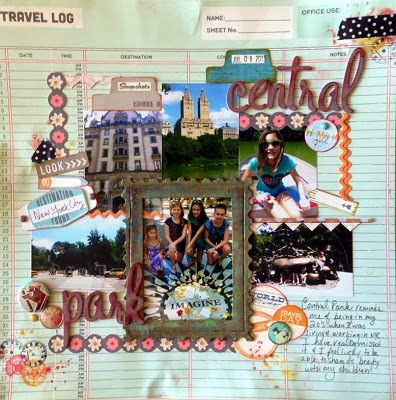 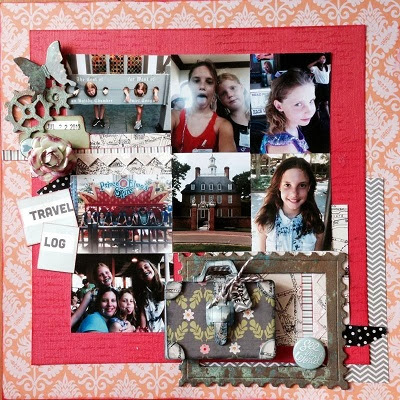 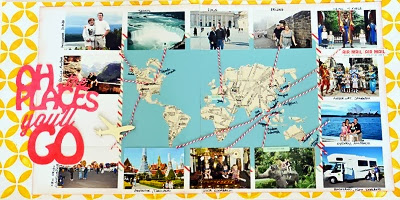 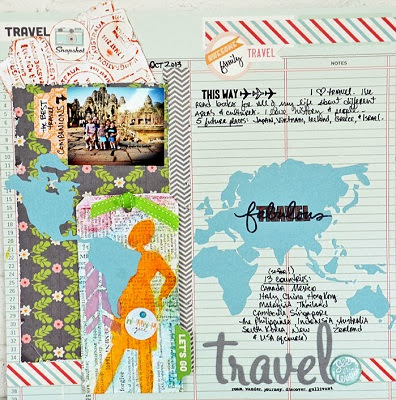 Get Lost by Erika Lui 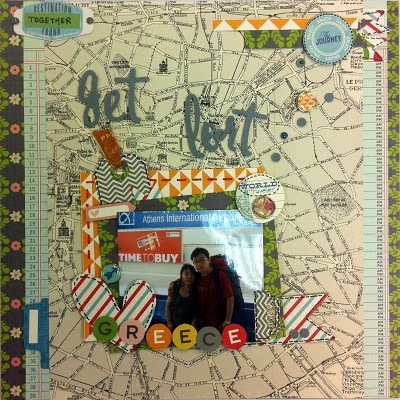 Have Fun by Erika Lui 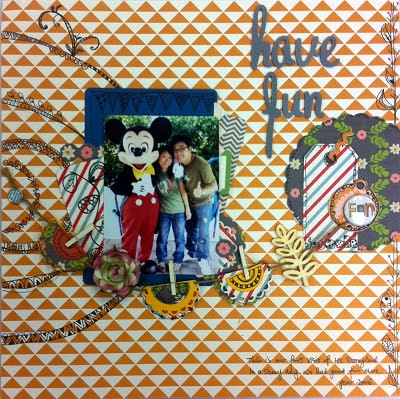 Note that my Tuesday crop is on the third Tuesday of November, not the second week. Reason being, I'm off again tomorrow to NYC. Yes!! Gallivanting around the globe with the hubby, yet again. Yeah, yeah, I know. Such a hard life.
See you soon,