Bringing in the Year of the Snake

How is everyone doing? Happy Chinese New Year (yes, it still is for a few days). The last couple of weeks have been pretty full, from cake orders and helping out with an art class project, followed by a week off for Chinese New Year.

My cake orders are quite sporadic, and that's the way I like it for now. I'm still thinking of whether I want to make of turning it into a full blown cake business, as it would be a 24/7 deal for sure. I don't think I'm ready for that yet. Family comes first for me and being able to look after my hubby and daughter take precedence.

Having said that, here are the two cakes I made in the last two weeks: 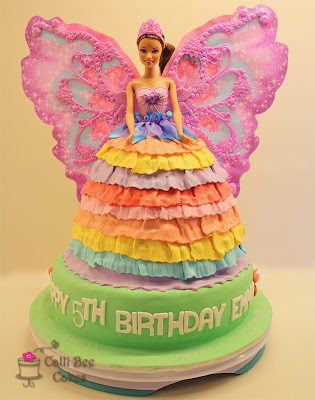 I've done a few doll cakes but this one is really pretty. I love how the wings, which came with the doll, really brings the cake to life. 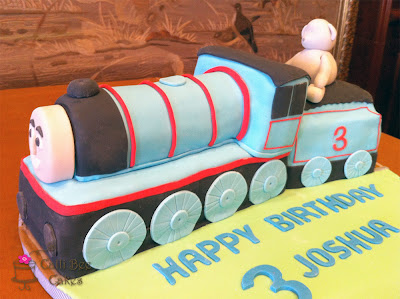 This one was for hubby's Godson, Josh, who's visiting from the UK. Joshy, as any other three year old, loves Thomas and Friends. His mummy asked for a Gordon train - I had to google the difference between him and Thomas - they are both blue afterall. The bear is a representation of Joshy's lovey, Stinky bear.

Aside from the cakes, last week was one big holiday. Since both the hubby and Miss C were off from work and school respectively, we spent some time with friends and family. We went to a barbeque, to the movies, tottered around on ice skates and in between, lounged around and just vegged out. 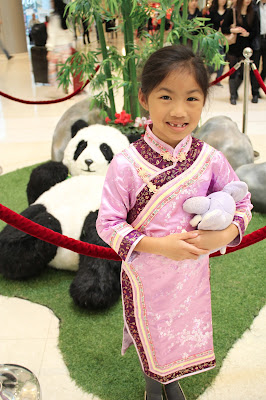 Miss C in her Chinese outfit. 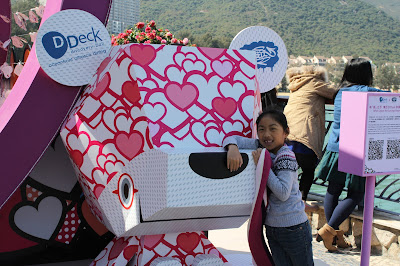 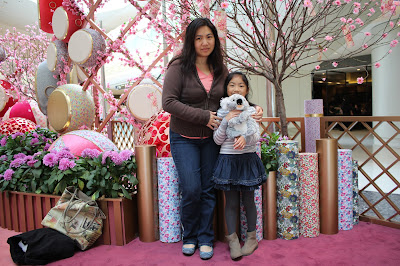 Out and about during the holiday


The absolute, absolute highlight though, was adopting this little kitty. We've (I've) been dying for a second cat to keep our Jake company, so when an adoption request came about for the cutest little kitty, we knew we had to have her. She's the sweetest little cat; almost five, and had to be parted from her former owners, as they are leaving Hong Kong. She's only been with us for a day and is still being acclimatised to her new surroundings and still quite wary of us, but we're hoping she'll be able to integrate into the family soon. I can't wait to have lots of cuddles with her. 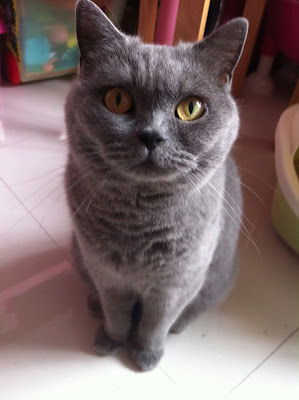 It takes a little getting used to having a cat with pointy cat ears. Our Jake is a Scottish Fold, so we're used to an "earless" cat 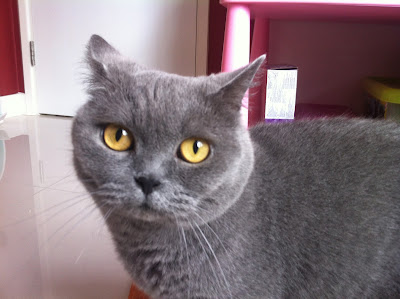 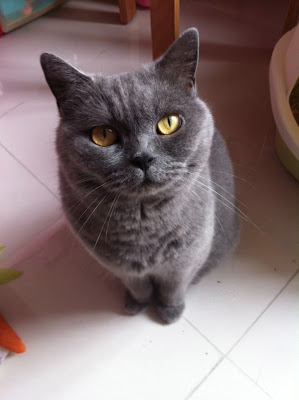 So, not much scrapbooking at all in the last two weeks. It's back to the grind though and I'm looking forward to getting some new layouts and projects done this week.